Alabama Repub: Charleston massacre was an attack on Christians so churchgoers should carry guns 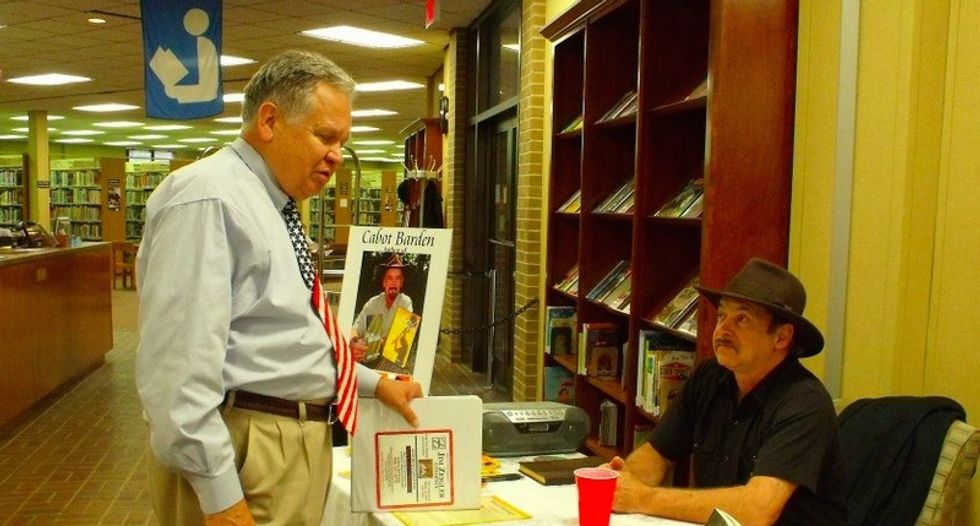 Reacting to an act of racist terror in Charleston this week — in which a white man murdered nine black people because of the color of their skin — Alabama State Auditor Jim Zeigler took to Facebook to urge churchgoers to arm themselves.

According to the Alabama Political Reporter, Ziegler, a Republican warned his fellow gun enthusiasts on a Facebook group page called "BamaCarry."

"Church attendees should pack," Zeigler writes. "Each church should have a vigilance committee of individuals who pack and who develop their own plans for defense from an attack. Calling 911 and waiting for government defense will not work. Without armed citizens in the church congregation, they are sitting ducks for criminals and terrorists."

Though the Charleston massacre was committed by a admitted Confederate sympathizer and enthusiast of race-based violence, numerous conservative pundits and politicians made statements this week arguing Dylann Storm Roof's murders were not motivated by racism. Rather, a "rising hostility against Christians across this country" were putting the faithful at risk of violent attack, according to Fox News.

Zeigler is lawyer by trade. He once sued to keep the ten commandments in the state's judicial building. During his campaign for state auditor, Zeigler received an endorsement from the Alabama Tea Party Express.

On Saturday, Zeigler noted on Twitter his comments about firearms in Christian houses of worship: