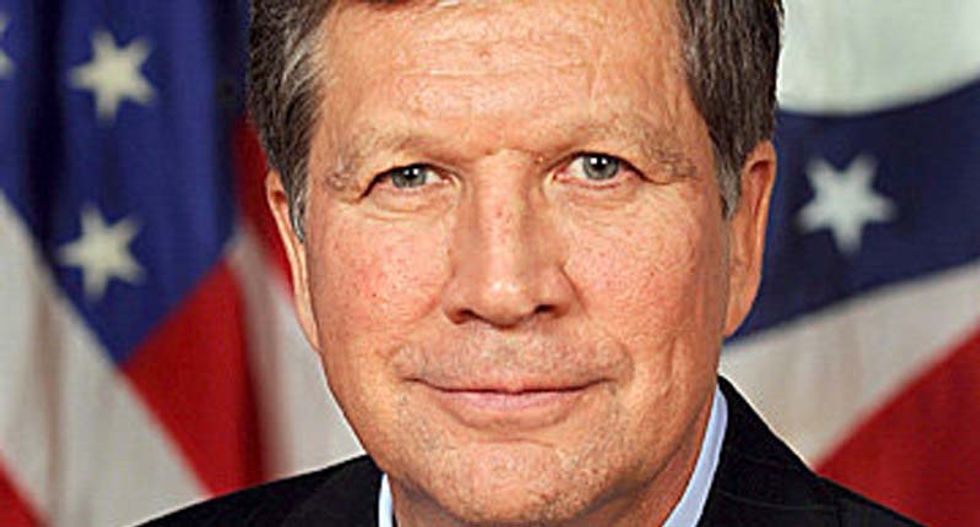 Looking at if he is about to toss his hat into the already-crowded ring for the 2016 GOP presidential nomination, Ohio Gov. John Kasich took a shot at the existing field, saying , "Amateur hour is over."

In an interview with CBN host David Brody, Kasich summed up the current field of GOP candidates as lacking in experience and results.

"It's experience and record. Amateur hour is over," Kasich explained. "I was chairman of the Budget Committee when we balanced the budget and cut taxes and paid down debt, when I was in Congress and the economy was roaring. I was a military reformer. I served on defense for eighteen years. I've got ten years of private sector experience and I'm running a big state. "

In a conversation with the Columbus Dispatch, Kasich made it clear he was talking about the his Republican rivals, saying, “Why would I worry about the rest of the field? Look at the resumes and tell me who has national-security experience, who was involved in changing and balancing the budget and getting welfare reform through?”

Unlike many candidates, Kasich has not found it necessary to pander to the party's extreme right wing base, going so far as to approve  Obamacare’s expansion of Medicaid to low-income adults in his industrial state.

While candidates including former Texas Gov. Rick Perry and former Florida Gov. Jeb Bush, stumbled and pleaded ignorance about the motives of Charleston church shooter Dylann Roof, Kasich was more direct saying, "You read what they said about the guy. It sure appears that way," when asked if he thought the murders were racially motivated.

Watch the interview below from CBN: