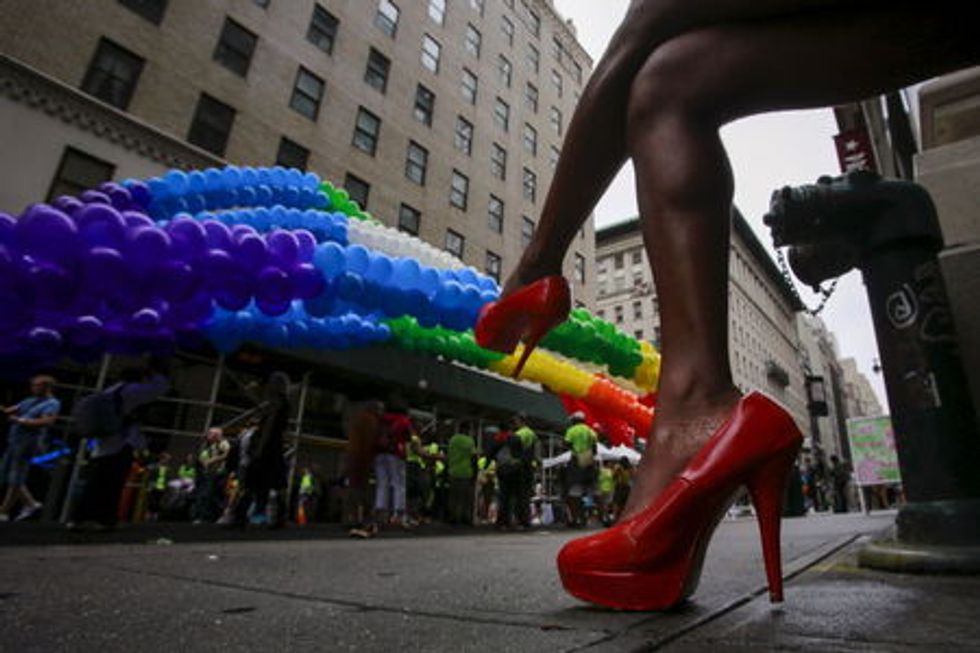 Americans marked Gay Pride Day this year with an extra measure of gusto, turning out en masse at Sunday's festivities in New York and other cities to celebrate the Supreme Court's landmark ruling legalizing same-sex marriage across the country.

Two days after the Supreme Court ruled 5-4 that the U.S. Constitution provides same-sex couples the right to marry, Governor Andrew Cuomo kicked off the New York City celebration by officiating at the marriage of two men outside of the Stonewall Inn, a Greenwich Village gay bar that is considered the birthplace of the U.S. gay rights movement.

"I want you to know I'm a little nervous today - it's my first marriage," he joked before marrying a couple in front of a crowd of several dozen onlookers.

After Sunday's ceremony, one of the men called Cuomo an "LGBT hero" and said the experience was "a dream come true."

Tens of thousands of people were expected to attend gay-pride parades in Chicago, San Francisco and Minneapolis, culminating a weekend of festivities in those cities.

The court ruled on Friday that the Constitution's guarantees of due process and equal protection under the law mean that states cannot ban marriages between two men or two women. With the landmark ruling, marriage becomes legal for all people in all 50 states.

"New York was the laboratory. And you know what? The sky didn't fall," he said.

A short time later, thousands of people lining Fifth Avenue reveling in a sea of rainbow flags cheered and shouted as dozens of colorful floats and costumed marchers in the New York City Gay Pride Parade passed by in a jubilant procession.

"It's awesome, there's more people, it's more animated this year, people are more excited this year," said Aaron Seide, a 24-year-old retail worker from Westchester County whose cheeks were covered with rainbow-colored sprinkles.

On a street corner, four men and women carried banners with messages in opposition to gay rights.

"Are you on the highway to Heaven or hell?" read one. "Know the God of your Bible," read another.