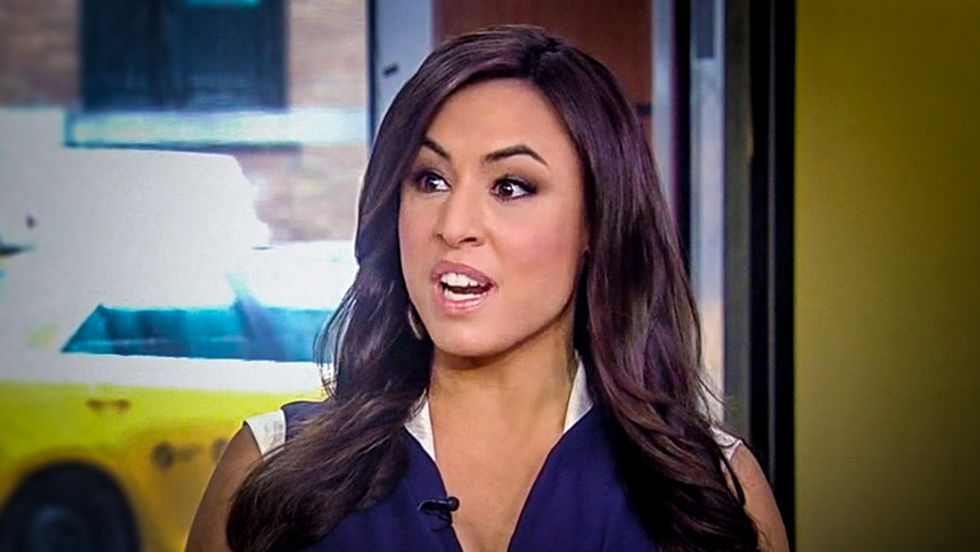 Fox News host Andrea Tantaros defended body-shaming advertisements that had been banned in London for health reasons, saying that "anyone with a functioning brain" would want to make sure their body looked good enough to wear a bikini at the beach.

Londoners launched a campaign against Protein World earlier this year after the company put up advertisements with an image of a thin bikini-wearing model, and asked the question, "Are You Beach Body Ready?"

Over 70,000 people signed a petition calling on Protein World to take down the ads, which were scheduled to come down in April anyway. The Advertising Standards Authority told People Magazine that the ads were eventually banned in the U.K. due to "a range of health and weight loss claims made in the ad."

Protein World said that the controversy was great for sales. So last week, the advertisements began blanketing New York City.

"If you are offended by an ad with a woman on it or a hot girl or a hot guy then seek therapy," Fox News host Jedediah Bila advised on Monday. "I mean, go to a therapist. There's something wrong with you."

"At this time of year, anyone with a functioning brain asks themselves that question, 'Are you beach body ready?'" Tantaros insisted. "In fact, I ask myself that question every single day. And I bet you people who have a problem with this ad going into summer time are not beach body ready."

"It's such a bunch of bull," the Fox News host said of critics. "Everyone wants to know if they look good in a swimsuit!"

"You should grow up wanting to look like that anyway," guest host Chris Plante quipped.

Watch the video below from Fox News' Outnumbered, broadcast