However, not everyone enjoyed the celebration – or understood who was actually celebrating.

“Your changing your station logo with the colors of gays is a disgrace,” complained Facebook user Don Stair. “Just stay out of it… Your integrity is ruined… ABC KATV is my choice in the future for all Little Rock station viewing… Shame on you!”

The station told Stair that the logo had never changed.

“We didn’t change our logo Don,” the station replied. “Same logo as always.” 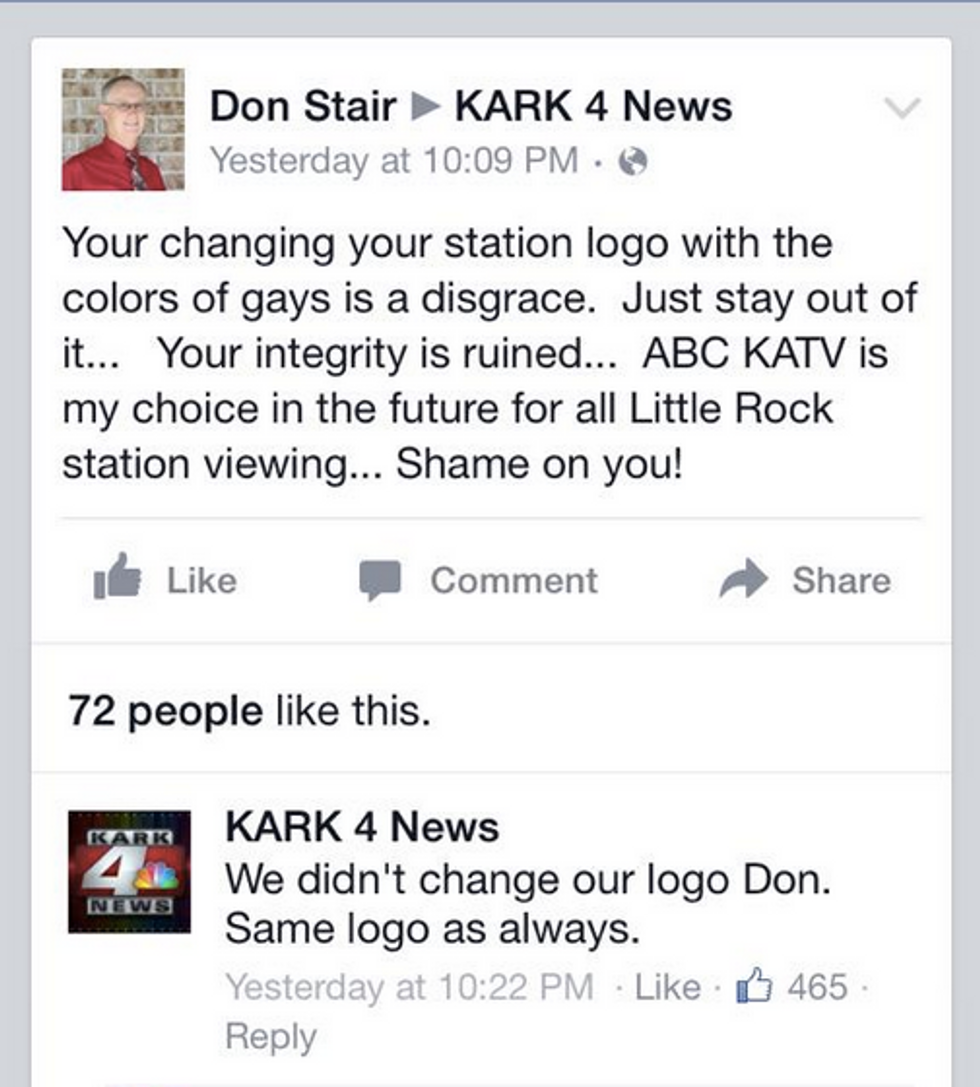 At least one viewer backed Stair in his mistaken outrage.

"Oh so gay people can marry now and your media relations group have the graphics team change the peacock to the gay pride colors?!" posted Casey Wayne Martineau. "(That's it, I'm) never watching this news channel again you gay rights advocating atheists, jesus will not be happy with you. You're my boy, Don."

Other viewers pointed out that NBC has always used a multicolored peacock as its symbol.

Some viewers simply mocked the angry but mistaken man.

"As a fan of skittles you have offended me for stealing the delicious candy's official colors!" said Facebook user Zach Waymire. "I am outraged that you would also discriminate against the color blind people of this world! Also I am offended because as a driver this is a hazard and distraction from the road! I am also offended because you are leading people on because there is not a pot of gold at the end of the bridge! I am offended!"