Angry retired cop defends McKinney officer: Police can attack if you won't 'get the f*ck on the ground' 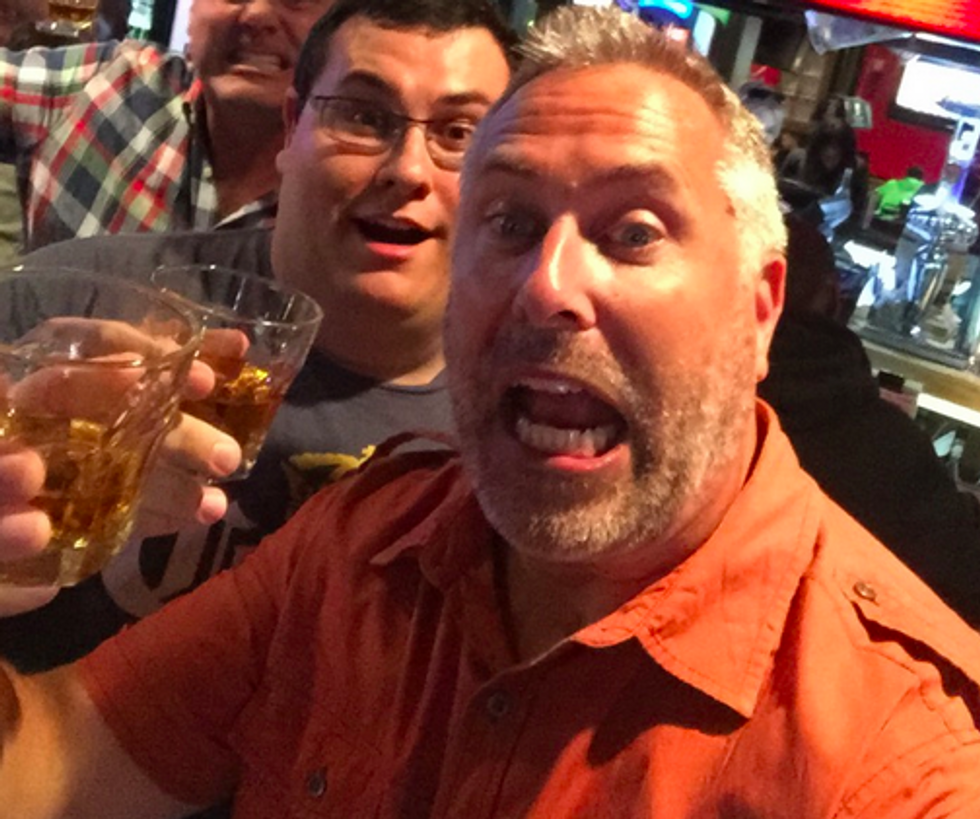 A former law enforcement officer in New Jersey says police in McKinney, Texas were justified in their armed attacks against black children who reportedly made too much noise at a pool party.

In a seven minute Facebook rant, Eric Potts (who goes by "Pottsie") denounces Internet commenters who criticized McKinney police officer Eric Casebolt for pointing his gun at a teenage boy and sitting on top of a teenage girl who was wearing only a bikini.

"Hey everybody, Pottsie with you," the video begins. The host warns his audience that the screed he is about to unleash would be angry. And it would contain curse words. And it would be directed at graduates of the "Facebook police academy" who had seen footage of the McKinney melee, and come away with the conclusion that police had used excessive force.

"You have the benefit of time," Pottsie rages at the camera. Observers at home have the luxury of being able to "sit there and analyze the situation with time on your side," Pottsie says.

According to Pottsie, a police officer has to make decisions on whether or not to use force in "a split second." As an example of unwarranted criticism against police, Pottsie cites social media outrage at the now infamous video of an armed Eric Casebolt sitting on top of a clearly restrained girl wearing only a bathing suit. She had committed no crime.

"Now the video that we all saw from the Dallas, in the Texas area," Pottsie says, "where the police officer, the, uh, media's words are 'manhandled' the, uh, teen, and put her to the ground, and then pulled his weapon out..." admittedly doesn't look good for the officer.

But, Pottsie cautions, what you see with your own eyes on film is "not the point here."

There were a lot of people of people at the pool party, Pottsie points out. "Cops don't know what's going on. They're trying to assess the situation."

When people do not voluntarily comply with police orders, whatever those orders happen to be, Pottsie says, "sometimes pepper spray or tasers come out... to minimize hands-on-hands because that's where most of the injuries happen. But you complain when that's used."

According to Pottsie, there is a "politically driven agenda that's happening here."

Casebolt only sat on 15-year-old Dajerria Becton because “he didn’t have any handcuffs left and he’s detaining her,” Pottsie claims.

As for Casebolt's decision to remove the gun from his holster? "There's a buncha people running around!" Pottsie explains frantically.

Referring to McKinney as "that Texas incident," Pottsie tells his audience: "If you look at it in the right way, if you look at it the way in the way it's supposed to be looked at, it's not what you think it is."

According to Potts' promotional website, the ex-cop is now a standup comic in New Jersey.

"Eric spent 31 years in Law Enforcement and before he retired decided that he wanted to try comedy," his biography reads. "This rising star is hilarious as he takes his audience on a sarcastic ride through his anything but mundane adventures in life. He spins his observations on everything from raising kids to his wife’s skeptical cooking. A don’t miss performer that will have you laughing from start to finish."

When he retired from the force in 2011, Potts posted reflections about his career in law enforcement on his personal blog:

I didn’t know I was cut out for the job until I faced a moment in the military my first tour of duty in Germany in which an individual threatened us with a baseball bat and without hesitation I tackled him and we handcuffed him. It was at that moment that I thought I might be pretty good at this job and I might want to make it a career. So I did."