‘Are we living in Nazi Germany?’: Nutters freak out about imaginary ban on ‘Gone With the Wind’ 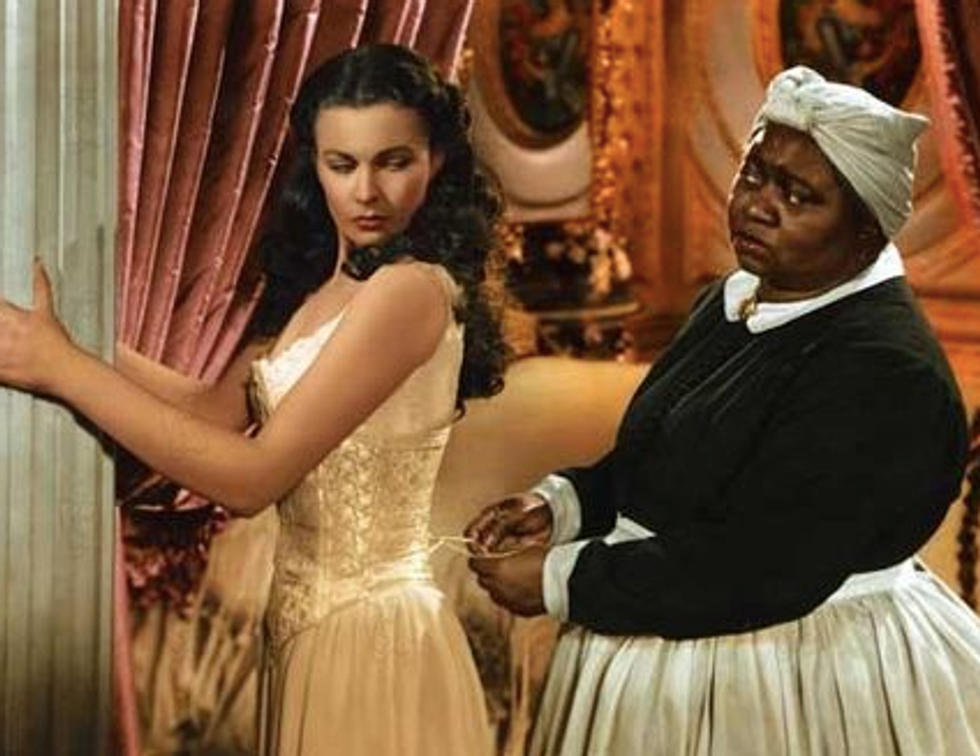 Gone With the Wind (movie screenshot)

Paranoid about the potential of a ban on the movie, conservatives are clamoring to watch "Gone With the Wind" -- propelling the decades-old film into bestseller status.

The 1939 film (based on a 1936 book of the same name) tells the tale of a Georgia plantation owner's daughter, and her quest to find love. "Gone With the Wind" earned tremendous critical acclaim, and is arguably one of the most revered movies in American cinema. It also glorifies the Confederacy, dehumanizes black people, and embraces the practice of slavery.

On Wednesday, film critic Lou Lumenick argued in the New York Post that "Gone With the Wind" is a racist fairy tale -- one Americans would be well served to relegate to the dustbin of history.

"Warner Bros. just stopped licensing another of pop culture’s most visible uses of the Confederate flag — toy replicas of the General Lee, an orange Dodge Charger from 'The Dukes of Hazzard’' — as retailers like Amazon and Walmart have finally backed away from selling merchandise with that racist symbol," Lumenick points out.

"That studio," Lumenick continues "sent 'Gone with the Wind' back into theaters for its 75th anniversary in partnership with its sister company Turner Classic Movies in 2014, but I have a feeling the movie’s days as a cash cow are numbered."

Right-wingers interpreted Lumenick's indictment of the American film classic as a call for a formal ban.

Breitbart argued Lumeninick's criticisms were tantamount to the policy of burning books.

"When it comes to the Left," Breitbart's website reads, "it is always only a matter of time before they show their fascist colors. We’re seeing it all over the place in a media frenzy that began with a cause I agree with (removing Confederate Flags from state capitols) into what is now a full-blown mob waging a bullying witch hunt to completely memory-hole the flag. Wednesday, the thing that you believe could never happen, did happen: a New York film critic has called for the banning of The Greatest Movie Ever Made. In just three days, the left’s mob mentality took us from removing the Rebel Flag from a state capitol to banning 'Gone with the Wind.'"

"This is akin to book burning," Breitbart goes on. "Granted, Lumenick’s not suggesting government agents kick in your door, search your house, and burn your copy 'Gone With the Wind' (maybe in another 3 days). Nevertheless, he is talking about removing from the marketplace one of the most treasured pieces of cinematic art the world has ever seen."

Lumenick took to Twitter Saturday to clarify that he was not, in fact, calling for a ban on "Gone With the Wind:"

Lumenick's explanation has not satisfied many conservatives, some of whom are fearful authorities will come to their homes and confiscate "Gone With the Wind" from their personal movie collections.

As of Sunday afternoon, "Gone With the Wind" holds the top two spots on Amazon's list of bestselling movies - the first for the DVD version and the second for the Blu-Ray edition.

On Twitter, fans of "Gone With the Wind" are sharing their opinions about the non-existent ban on the film. Here are a few:

Silly to ban things like "Gone With the Wind" - symbolic of Charleston people of the period. #ConfederateFlag
— DillonSchroeder (@DillonSchroeder)1435516785.0

First thing I'm doing when I get home is watching Gone with the Wind before the liberals ban that too
— Meredith Little (@Meredith Little)1435458431.0

After the confederate flag and Gone With the Wind, we need to ban The Diary of Anne Frank. Hateful little girl. #historysucks
— Damon Parker (@Damon Parker)1435453140.0

Now the Blacks want to ban the film "Gone With the Wind", cause it's Racist & features Confederate Flag? WTF!
— BentnWasted (@BentnWasted)1435425829.0