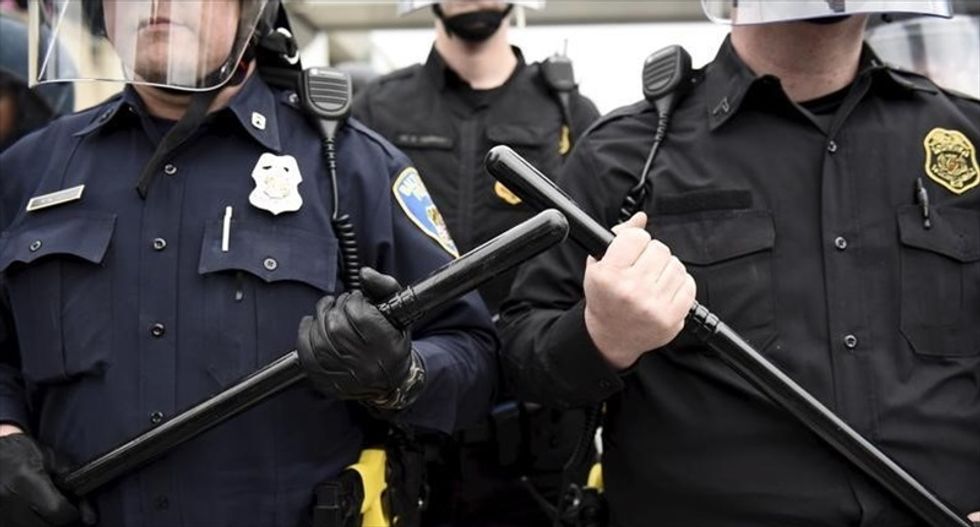 Police are seen as demonstrators gather near Camden Yards to protest against the death in police custody of Freddie Gray in Baltimore on April 25, 2015. Photo by Sait Serkan Gurbuz for Reuters.

Six Baltimore police officers charged in the death of a black man will go on trial on Oct. 13 in a case that sparked rioting and protests, a spokeswoman for prosecutors said on Monday.

The trial is set for Maryland's Circuit Court for Baltimore City, the spokeswoman for State's Attorney Marilyn Mosby said.

The officers have been charged in the April death of Freddie Gray, 25, who allegedly died from a spinal injury suffered in police custody. Widespread protests in the predominantly black city after Gray's death turned into a day of rioting, and National Guard troops were deployed to restore order.

Charges for the six range from second-degree murder and assault to false imprisonment and misconduct in office. Arraignment had been slated for July 2 but an administrative judge canceled the hearing when the suspects entered not-guilty pleas and requested a jury trial, the Baltimore Sun reported.

Three of the officers are black and three are white.