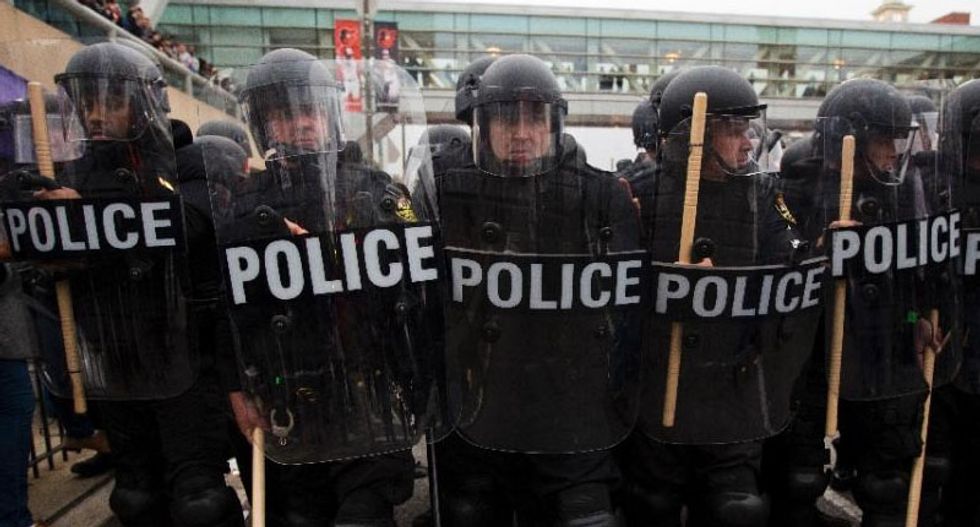 Police have opened an investigation into the killing of an unarmed black man by law enforcement officers outside Baltimore, authorities said on Saturday, two months after the city was rocked by protests over the death of another African-American who was taken into custody.

The latest incident unfolded in the Baltimore suburb of Owing Mills, where three officers fired at least 19 rounds and killed Spencer Lee McCain, 41, during a domestic disturbance on Thursday. The Baltimore County police's homicide unit is investigating, police said in a statement Saturday.

Police will conduct an internal review to determine compliance with departmental policy, rules and regulations, the department said. It will send the findings to the Baltimore County State’s Attorney’s Office for review.

The investigation comes at time when U.S. law enforcement is under close scrutiny over the use of lethal force, especially in confrontations with African-American men.

In April, 25-year-old Freddie Gray died from a spinal injury suffered in custody of Baltimore police. His death triggered protests and rioting on the day of his funeral, drawing national attention to the city. Six Baltimore police officers are now facing criminal charges in his death.

A statement by the Baltimore County police identified the officers involved in the latest incident as Wilkes, Besaw and Stargel, providing only their last names.

A police spokesman would not provide first names or ages, saying he was prohibited from doing so by union rules.

Officers were called to a home in Owings Mills just after 1 a.m. on Thursday. They forced their way inside when they heard a disturbance, police said.

Three officers shot McCain, fearing he had a weapon, but no firearms were found. Investigators found 19 shell casings, but the exact number of rounds fired was unknown, police said.

McCain was taken to a hospital, where he was pronounced dead. The officers have been placed on administrative leave.

A woman and two children were also in the home and the woman was injured, the police statement said. McCain was under a protective order barring him from having contact with the woman and the children and from going to the home.

Police had been called to the address about 17 times since January 2012, police said.