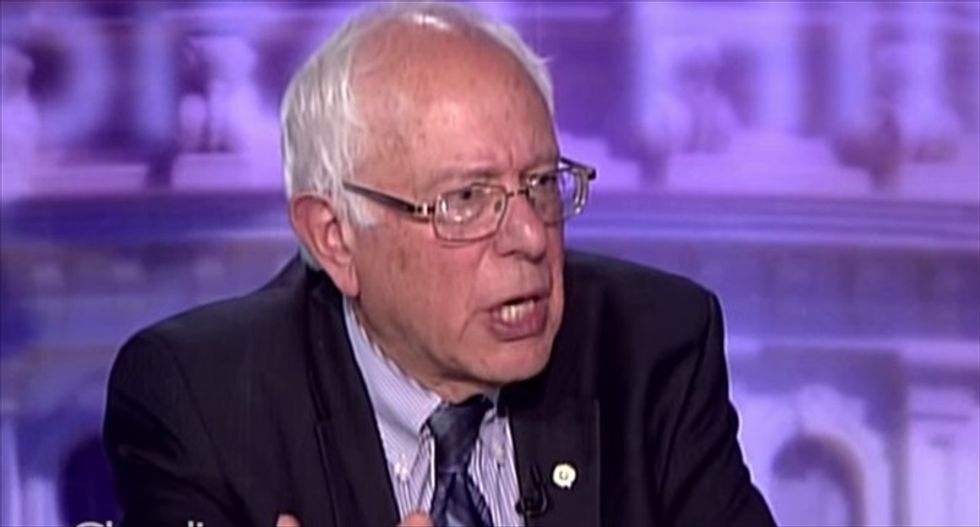 Vermont Sen. Bernie Sanders promised an aggressive plan on Wednesday that would increase the tax burden for the richest Americans.

"I don't like to give policy off the top of my head," Sanders told Bloomberg View columnist Al Hunt, adding, "We're working right now on a comprehensive tax package, which I suspect will, for the top marginal rates, go over 50 percent."

Sanders, an independent running for the Democratic presidential nomination, has also proposed ending tax loopholes allowing corporations to store income in overseas tax shelters, as well as adding a tax on financial speculation.

"In the last 30 years, there has been a massive -- we're talking about many trillions of dollars -- being redistributed from the middle class to the top 1/10th of 1 percent," he told Hunt.

The senator also criticized former Secretary of State Hillary Clinton for not taking a stance on the Trans-Pacific Partnership (TPP), the multinational trade proposal that has spurred disagreement between President Barack Obama's administration and other Democrats.

The TPP suffered a setback in the House on Friday after a bill providing financial aid to workers who lost their jobs on account of the agreement failed to pass.

"I frankly don't understand how you could be a major candidate for president of the United States -- Hillary Clinton, or anybody else -- and not have an opinion on that issue," Sanders said.

Hunt mentioned that Clinton recently responded to a question regarding the TPP by saying she could not take a position on the agreement until the details were revealed.

"Her explanation doesn't cut it with you?" he asked.

"Of course it doesn't," Sanders said.

"Yes, it is," Sanders replied.

The senator's statement regarding Clinton and the TPP can be seen here.