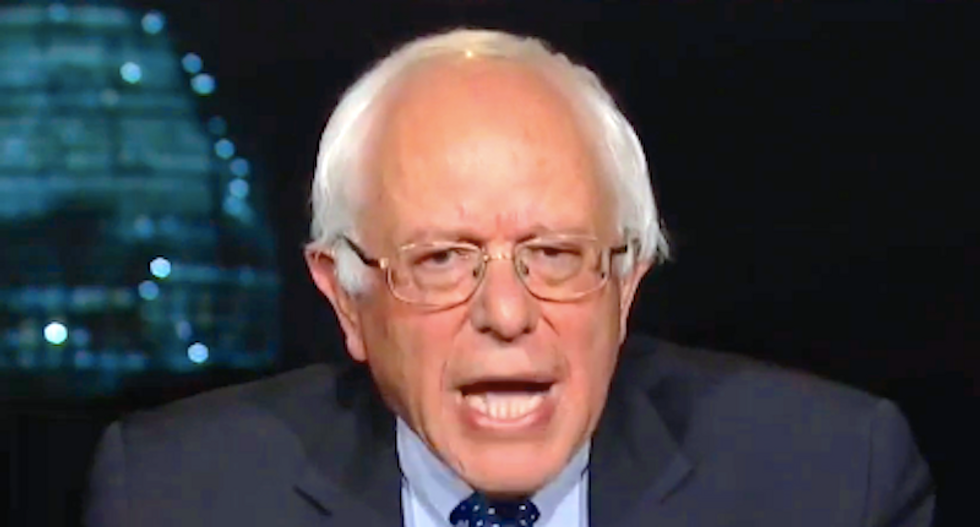 Sen. Bernie Sanders wants to debate Republican presidential candidates right away so he can expose their unpopular “reactionary agenda.”

The Democratic presidential candidate appeared Tuesday night on The Rachel Maddow Show, where he said the media’s focus on triviality allows GOP candidates to “get away with murder,” reported Mediaite.

Sanders said Republican candidates want to offset “huge tax breaks for billionaires” with “massive cuts” to programs that help millions of Americans, including Medicare, Medicaid, and – in the case of likely candidates Jeb Bush and Chris Christie – Social Security.

“They get away with that stuff because a lot of people don’t know what they are talking about,” he said.

Sanders said he would like a debate between Democrats and Republicans during the primary season so he could “confront them honestly and say to their face” what voters should know about their governing intentions.

“When so many seniors are struggling right now, how in God’s name are you talking about cutting Social Security when we should expand it?” Sanders said he would ask. “When kids can’t afford to go to college now, why are you talking about cutting Pell Grants by $90 billion? Why are you on the payroll of the Koch brothers and other billionaires rather than addressing the needs of working families?”

He said a debate would help cut through the horse race-style coverage the media seem to prefer at this point in the presidential campaign.

“If we can confront them and debate issues rather than allow the media to get into political gossip and polling and fundraising, but talk about the issues, I think their agenda does not reflect more than 15 or 20 percent of the American people,” Sanders said.

Watch portions of the interview posted online by Mediaite: