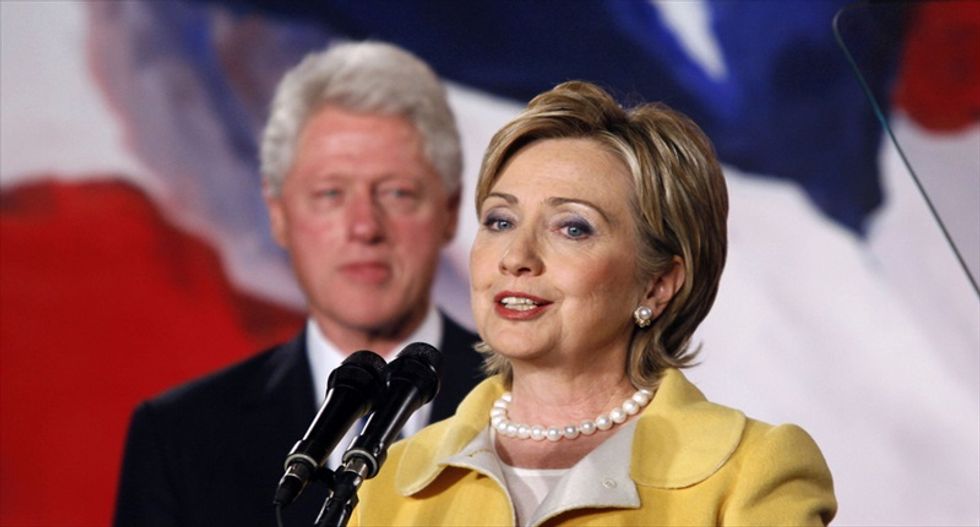 Bill Clinton said on Wednesday he would no longer give paid speeches if his wife, Hillary Clinton, is elected U.S. president.

Republicans and media commentators have criticized both Clintons for earning millions of dollars from paid speeches, saying the practice raises the possibility of conflicts of interest.

The former president said he would continue to give speeches without compensation if Hillary Clinton, the front-runner for the 2016 Democratic presidential nomination, enters the White House.

"I will still give speeches though on the subjects I'm interested in, and I've really enjoyed those things," he told Bloomberg TV at a Clinton Foundation conference in Denver.

Asked whether he would keep giving paid speeches if Hillary Clinton entered the White House, Clinton said: "No. I don't think so. I don't think that - because once you get to be president then you're just making a daily story."

In an interview with CNN at the conference, Clinton gave one of his lengthiest rebuttals yet of allegations Hillary Clinton gave favorable treatment to donors to the family's charities while she was U.S. secretary of state.

"No one has ever asked me for anything," he said of the foundation's donors.

Clinton said he did not know whether foreign governments, companies and other foundation donors were seeking anything in return beyond supporting philanthropy.

"And I don't think Hillary would know, either," he said. "She was pretty busy those years. I never saw her study a list of my contributors, and I had no idea who was doing business before the State Department."

Journalists and political opponents have failed to turn up any proof that Clinton's State Department sold favors. The Clintons dismiss the allegations as politically motivated.

But an increasing number of Americans have said they find Hillary Clinton untrustworthy in polls.

"Yeah, but I mean we're used to it," her husband said.

He described Hillary Clinton as "the rock" of his family and said he believed that Americans would come to learn more about that side of her.

"I trust her with my life and have on more than one occasion," he said. "And I don't mean I was facing physical death," he added in the interview, which CNN said it would broadcast on Sunday.

He described being "plagued by self-doubt" in his late 20s, particularly after an unsuccessful run for Congress. "Whenever I had trouble, she was the rock in the family."