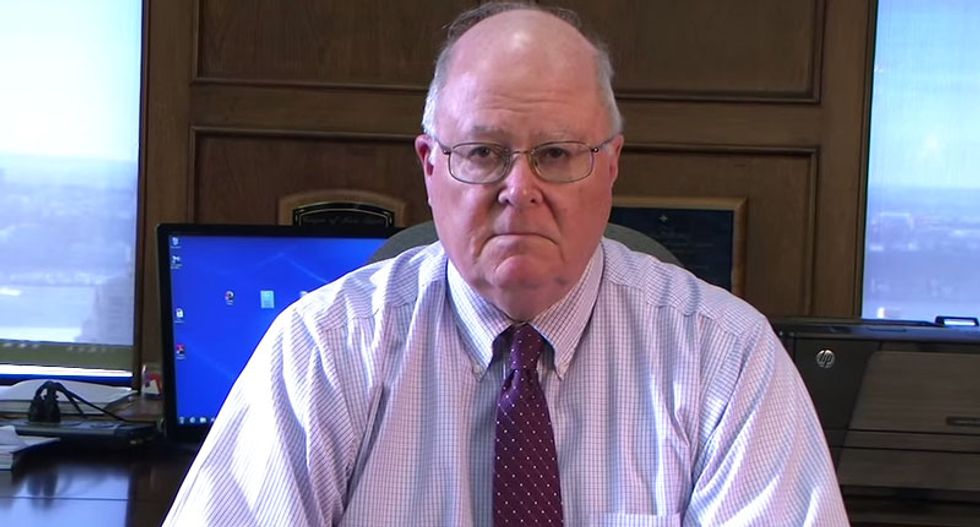 Catholic League president Bill Donohue said Wednesday that Pope Francis shouldn't weigh in on climate change because discouraging the use of air conditioning may turn some followers off.

Calling the pope "the ultimate maverick" on the Alan Colmes radio show, Donohue said "the left is going to like the fact that he has more of a socialist model in terms of his vision of the structure of the economy. He's anti-market in the encyclical."

He stopped short of calling Francis a Marxist when asked point blank by Colmes, "Is he a Marxist?"

"I don't say he's a Marxist, I say his sympathies are clearly with the socialist model."

But Francis goes "way beyond" previous popes when talking about stewardship of the planet, Donohue says. Donohue also hinted at a conspiratorial right wing talking point that insinuates the Pope is a Malthusian, who believes overpopulation will lead to a global catastrophe.

"He says that carbon dioxide is a pollutant. Well, most scientists would never agree with that and that has grave implications. Carbon dioxide is what we breathe...and if you believe that, you're almost inclined to say hmm. Humans are the problem, therefore less of them, less pollution," Donohue says.

But it appears the Pope's criticism of over-indulgence in modern conveniences like air conditioning is what really rankled Donohue.

In his leaked encyclical, Pope Francis encouraged a "less-is-more" lifestyle that rejects waste, singling out gated communities and air conditioning, according to the Associated Press.

"When he gets into some things such as air conditioning and rails against it, I think a lot of Catholics and non-Catholics are simply going to roll their eyes," Donohue says. "And my concern is when you make comments like that, and that the grass is greener in rich neighborhoods than in poor neighborhoods... that people are going to say, 'what? Why did he go that far off the reservation?'"

Donohue said he was worried there may be "an attrition" in terms of the Pope's "moral prestige." He went on that some Catholics may ask "Wait a minute, why is he talking about some things like air conditioning as if it's the bane of civilization? Don't they have air conditioning in the Vatican?"

Donohue said the schism between himself and the Pope makes him uneasy.

"I felt more comfortable with the other popes because I didn't see this kind of conflict. But that's part of being a Catholic and being a grownup and I just have to deal with it.

Listen to the whole segment here.