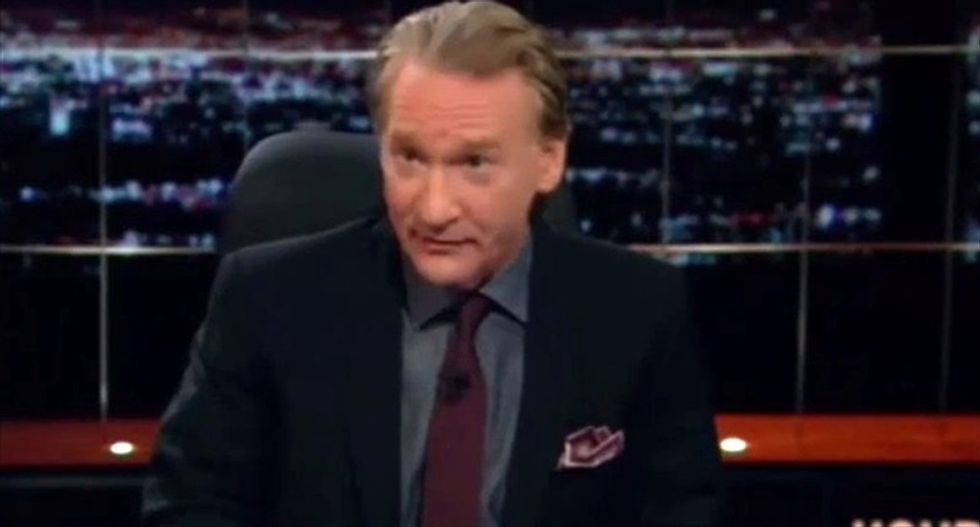 Real Time host Bill Maher went off on former McKinney, Texas police Cpl. Eric Casebolt on Friday, telling his panelists that everyone knows a person like him.

"This is the high school loser who wants to re-litigate his sh*tty adolescence by being a cop, 'cause now he's got some power, and he can lord it over people," Maher said. "It's not that hard to weed out that personality type, is it?"

While there are good police officers working in their communties, Maher said, another officer was seemingly caught doing "crazy sh*t" every week, and to victims who are less culpable.

Alexis Goldstein, the spokesperson for the non-profit group The Other 98, mentioned that, according to the American Psychiatric Association, officers tend to not only view black teenagers less favorably than their white counterparts, but also them as being older.

"I don't think it's a matter of a few bad cops. I think it's a matter of a systematic problem," Goldstein argued. "I think we have a system of white supremacy in this country, and we have to contend with the fact that we've had 200 years of affirmative action for white people in this country, and that makes its way into our public policy, it makes its way into our culture and our media, and that bleeds into implicit biases that people -- not just cops -- have."

Daily Beast columnist Ron Christie said that, while Casebolt was seen attacking and drawing his weapon against black teenagers after a pool party -- which precipitated his resignation from the department -- the 11 other officers present acted professionally. He also said parents should teach their children to only say a few things to officers: "'Yes sir,' "'no, sir,'" and 'thank you sir.'"

"One of those things could be, 'I can't breathe,'" Slate podcast host Mike Pesca responded, a reference to Eric Garner, the Staten Island man who died after being choked by an officer.

"This guy, the way that he ran into that scene and demanded this utter compliance," Maher said. "That's not how cops should be. This whole thing about 'you only say a few words to cops'? No, I don't want to live in a society where I have to be that way to a policeman. He's working for me."

"He's working for you, he's working for all of us," Christie replied. "But I think that it is not all one-sided to say the cops are just inherently racist, the're ... what I'm saying is, I do think that people who are involved should take responsibility and make sure that they don't antagonize the police."