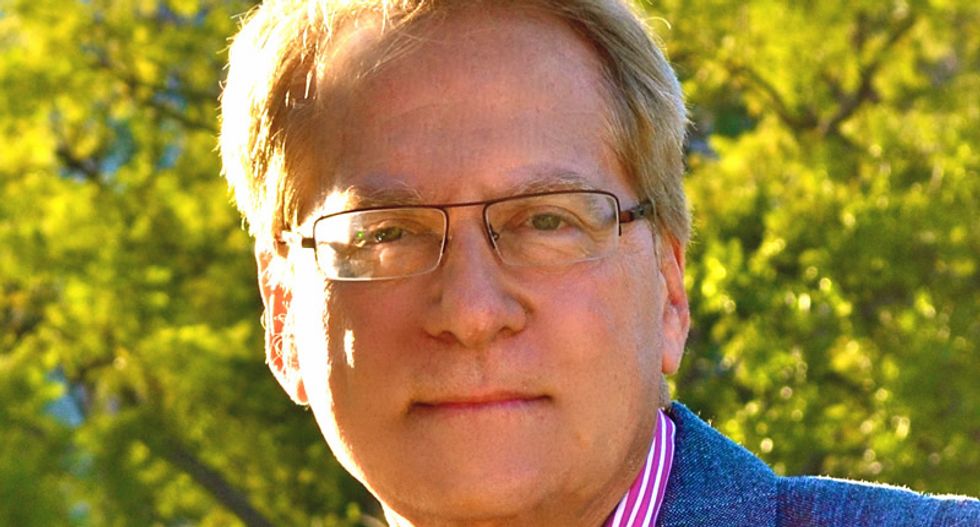 A conservative activist blames President Barack Obama – who he believes is ineligible to sit in the Oval Office – for the shooting deaths of nine black worshipers by a white supremacist in a South Carolina church.

Larry Klayman, who has filed lawsuits and organized rallies intended to drive the president from office, accused Obama and other prominent blacks of creating an “atmosphere of anger” that provoked racist attacks against black victims, reported Right Wing Watch.

“Obama, (former Attorney General Eric) Holder and their enablers, like Al Sharpton, have become what they accused President George W. Bush of being: a recruiting tool for terrorists thanks to his invasion of Iraq,” Klayman said in a column posted Friday at World Net Daily.

Klayman, who warned that Americans were “ruled, quote-unquote, by a president that bows down to Allah,” claimed that Obama had incited white supremacists to carry out violence.

“Obama and company’s biased actions against whites, Christians and Jews have ironically served to draw neo-Nazis and sick Klansman out of their caves and have emboldened them to try to justify criminal acts – people like Dylann Roof,” Klayman said. “Indeed, Roof was quoted as saying that he struck because blacks had ‘taken over the country.’”

The Judicial Watch founder has repeatedly accused Obama, who he believes was not born in the United States, and his “fellow travelers” of trying to implement Marxist policies after illegally assuming power.

“They have been inciting one group against another group, race against race and class against class,” Klayman argued.

He justified the Charleston terror suspect’s actions – even as he dismissed the 21-year-old as a racist.

“As racists like Dylann Roof watch on the news two police officers being executed by a black man in retaliation for events in Ferguson and rioting by blacks, what affect do we expect on society?” Klayman said. “When those who burned down their own neighborhoods are not arrested, what signals does that send to the sick unbalanced minds of people like like Dylann Roof?”