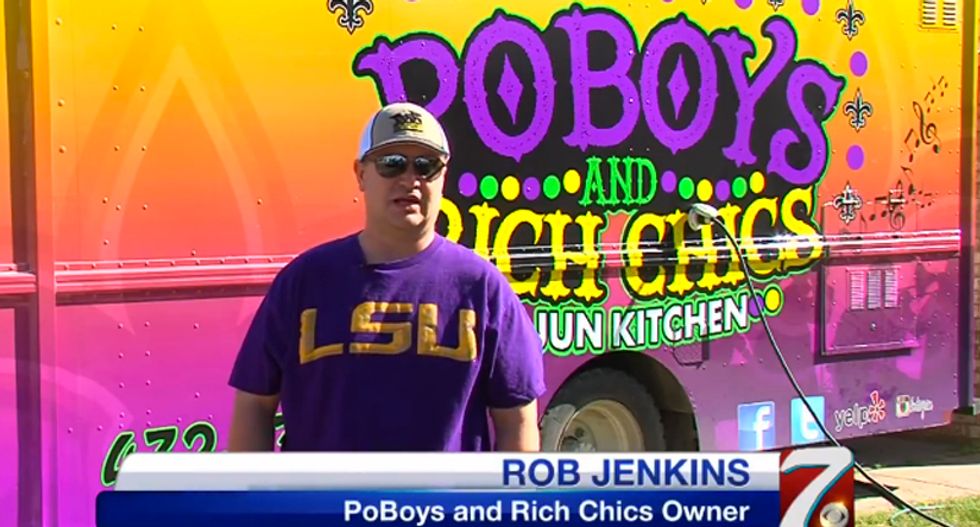 A Texas food truck owner, hoping to set set aside the strife surrounding the Confederate flag, instead found himself subjected to threats after offering to exchange free food to customers who traded in their flags.

Rob Jenkins, owner of Poboys and Rich Chics Cajun Kitchen in Odessa, thought the recent controversy over the flag of the Confederacy had simmered down enough that he could run the promotion to help set aside the "negativity," reports KOSA.

"We're not trying to create any more negativity than is already out there," Jenkins explained.

What he got instead was more negativity in the form of threats.

According to Gene Collins, the coordinator of the NAACP of west Texas, the reaction to Jenkins isn't too surprising.

Twenty years ago he tried to get a school in Midland, Texas to take down their Confederate flag, only to be threatened and told "to keep my black you-know-what over in Odessa," he said.

Later, a school board member told him "you know, we've been wrong on this," saying they were more offended by how he presented the change to them than the thought of taking down the flag.

Watch the video below from KOSA:

FULL STORY: Negativity stemming from the Charleston shooting can be felt right here in west Texas. People on both sides of the Confederate flag debate sending threats to each other. CBS 7 spoke with Gene Collins, the coordinator of the NAACP of west Texas, about this very issue. He says if people can find some sort of commonality and focus on that, then we could see a positive change that everyone can agree on.http://cbs7.com/multimedia/article_89b6bf46-1bad-11e5-93ec-c36a42936dfe.html