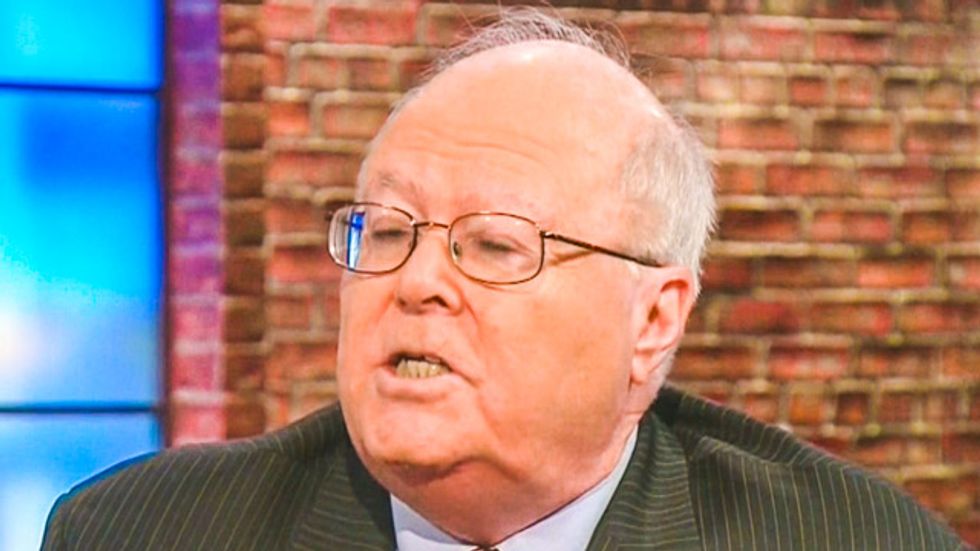 Catholic League President Bill Donohue said this week that Catholics did not have to follow Pope Francis' teachings on Climate Change because God never specifically expressed an opinion about it.

Republican presidential candidate Rick Santorum recently argued that the pope should "leave the science to the scientists" instead of urging lawmakers to address climate change when he visits the U.S. later this year. Fox News host Chris Wallace later pointed out to Santorum that the pope has a degree in chemistry.

Donohue, one of the church's chief conservative defenders, told Newsmax on Monday that the pope only had authority to speak on matters of "faith and morals."

"Once you get beyond that, can you speak to other issues? Of course you can speak to other issue, but I don't care whether it's Pope Francis or his predecessors or his successors some day, once you get outside the domain of faith and morals, be careful," Donohue warned the pope. "Be careful and be careful particularly when you get into the weeds and get very specific."

But when it came to climate change, Donohue predicted that Catholics would reject the pope's authority, and simply view his as "a very nice man."

"Catholics will offer him respect, but in terms of accepting what he has to say as guiding their thoughts, no, it's not going to happen," he added. ""We know, for example, that even on issues as the death penalty, for example, or on gun control or on helping the poor, there's a lot of different issues where Catholics can disagree on."

According to Donohue, only traditional issues like objections to "abortion and euthanasia" were "nonnegotiable" for Catholics -- although polls have showed that most Catholics worldwide think abortion should be legal.

"No one has ever said that air pollution is intrinsically evil," Donohue added. "So, people need to get up to speed on this."

Watch the video below from Newsmax, broadcast June 9, 2015.