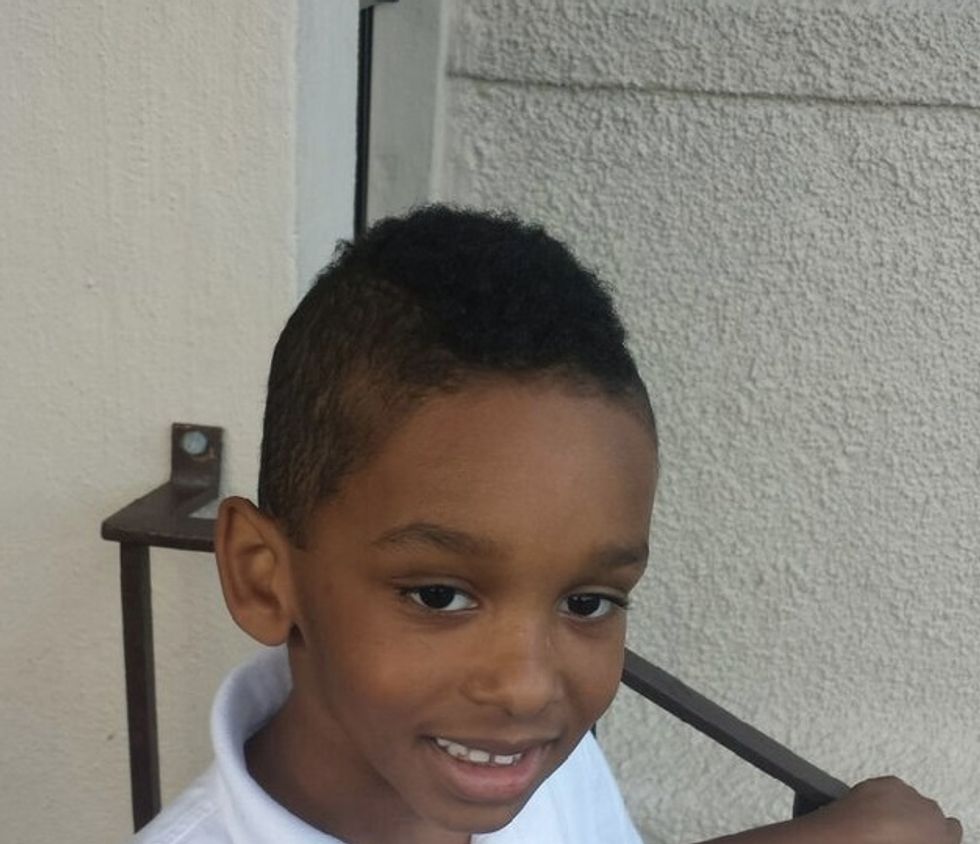 A Catholic elementary school in California kicked a black child out of kindergarten for his haircut -- even though its length and style were not different than those of many of his white classmates, the San Mercury News reports.

On December 17 of last year, a teacher at the Immaculate Heart of Mary School in Belmont demand five-year-old Jalyn Broussard's mother come pick up her son from school and not return until his hair was trimmed.

Jalyn's hair was styled in a "modern fade," closely cropped at the sides and less than half an inch longer at the top of his head.

This week, the child's family filed a formal complaint with the U.S. Department of Education's Office for Civil Rights, asking for tuition reimbursement, cultural awareness training for staff, and improvements to anti-discrimination policies at Belmont's Immaculate Heart of Mary School.

The Broussards allege Jalyn was discriminated against because he is black. Jalyn and his brother now attend public schools, which their mother describes as "more culturally aware."

The Lawyers' Committee for Civil Rights of the San Francisco Bay Area, which is representing the Broussards, describes how Jalyn's teacher called his mother, Mariana Broussard, half-an-hour after she dropped him up at school one December morning:

The teacher, Ms. O'Brien, emphasized that the matter of getting Jalyn was urgent. If allowed to remain at school for the rest of the day, he might "unduly influence the student body."

Broussard took issue with the teacher's reasoning. "How is he going to be an undue influence," Broussard asks the San Mercury News, "my little kindergartner?"

But in order their youngest child to be in the Christmas pageant the next day, the Broussards "reluctantly shaved Jalyn's head that night."

"Jalyn cried," the legal filing states, "because he did not want to be bald for Christmas."

The Broussard family tried for weeks to come to some agreement with the Immaculate Heart of Mary School. Mariana Broussard showed the principal pictures of white students in Jalyn's class whose hair styles were in most ways like her son's, with the exception of texture.

In their filing, the Broussards contrast Jalyn's abrupt ejection with administrators' treatment of a white girl at the school who also violated "hairstyle policy." A teacher deemed the child's bows too large, and "sent a communication home will all second grade girls about the acceptable size and style of hair bows and headbands."

The Immaculate Heart of Mary School made no such effort to clarify expectations before kicking their child out of class, the Broussards say.

The San Mercury News reports that Jalyn is happy with his neighborhood public school, and so is his family. Jalyn cites the perk of having a larger playground.

The five-year-old is again sporting his "modern fade" cut. "I think it looks good on me," Jalyn tells the San Mercury News.