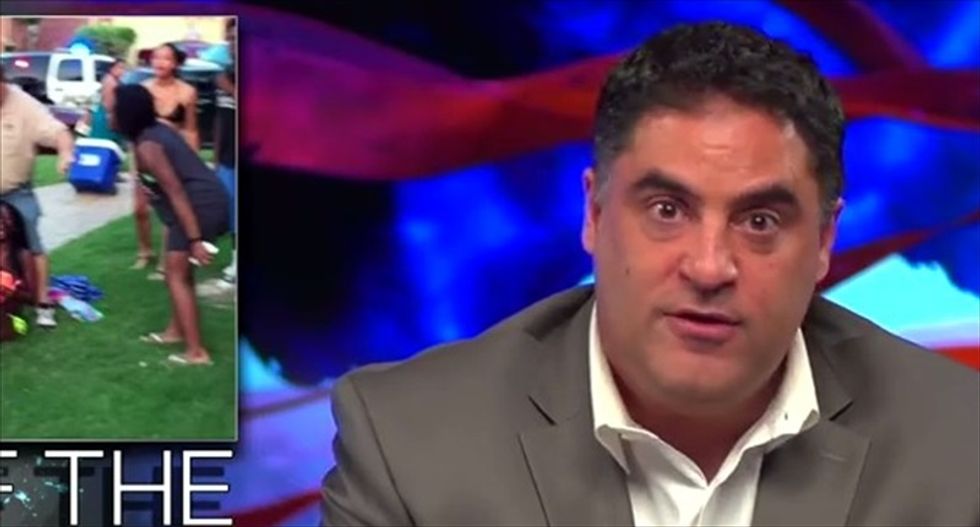 Hannity, Uygur noted, was "the guy who had Cliven Bundy on his show and supported him endlessly as -- not only Bundy, but all of his supporters on that ranch -- pulled weapons on the cops. They pointed weapons at the police officers -- wouldn't leave."

Meanwhile, Uygur added, it would be tough to imagine the Fox host being as effusive if the group of black teenagers Casebolt encountered late last week had pulled their guns on him.

Hannity had said on his radio show that Casebolt was justified in drawing his firearm against a group of black teenagers and forcing 15-year-old Dajerria Becton to the ground because he could have been "hit with a shank" during the incident.

Uygur also took a swipe at Hannity's Fox News colleague Megyn Kelly for saying on Monday that Becton "was no saint, either," because she allegedly lingered after Casebolt ordered her to leave the scene.

"She's a teenager, she's in a bikini -- God knows what she could be hiding in there," Uygur said sarcastically. "She did, of course, the gravest crime in America, which is to perhaps, in the perception of that officer, slightly disrespect [him]."

Watch Uygur's commentary, as posted online on Tuesday, below.