Charleston massacre was a hate crime, a terrorist attack -- and part of a pattern 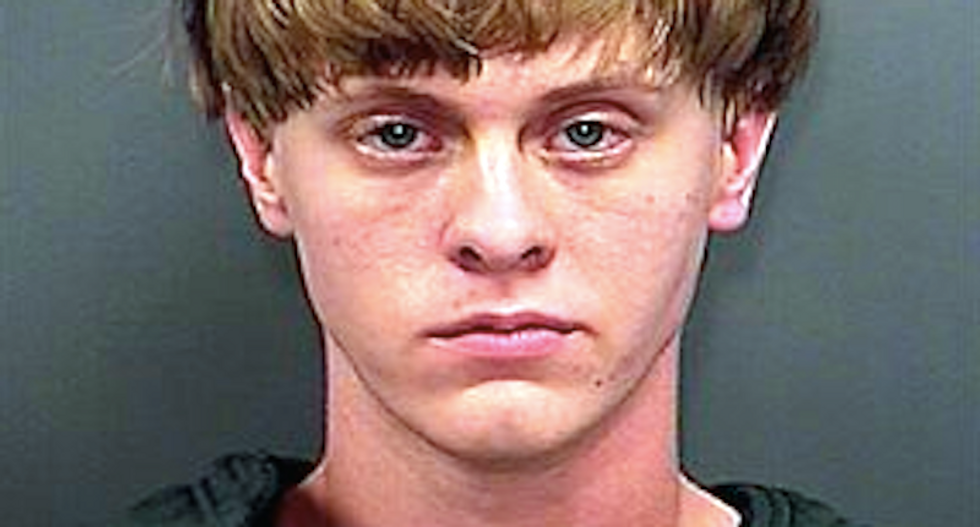 When you read about Dylann Roof, think about the patterns he represents.

There’s more than one.

celebrate the apartheid regimes of South Africa and Rhodesia.

We’ll hear from family, neighbors and high school friends, and the picture that will start emerging is of a young man who was strange, disturbed, sick, abnormal.

The message will be that the massacre in Charleston was an unpredictable, unavoidable tragedy carried out by an individual madman.

Don’t lose sight of the patterns.

A crime of hate

When Dylann Roof shot and killed nine African Americans at a Bible study at the Emanuel African Methodist Episcopal Church in Charleston, South Carolina, it was a hate crime.

We know, because Roof told the survivors precisely why he had come to this historic church to commit mass murder: “You’re raping our women and taking over the country. You have to go.”

It was an act of domestic terrorism. Roof has reportedly told investigators that he wanted to start a race war with his actions. Shooting nine black people as they prayed was a way to terrorize all black people and to destroy the safety and comfort of what should be the safest of spaces.

It was also part of a pattern.

The United States is a dangerous place to be a black person.

So is murder. In 2012, blacks represented 13% of the US population and represented 50% of homicide victims. Black men were 8.5 times more likely to be the victim of a homicide than white men.

Politicians and commentators – notably Rudy Giuliani – are fond of pointing out that most black men who die of homicide are killed by other black men. That’s true. But it’s also true that white men are mostly killed by other white men.

What is surprising is how police handle these murders.

Tension with the police

In other words, in the majority of homicide cases in which the victim is black, the case is unsolved and the murderer remains on the streets. 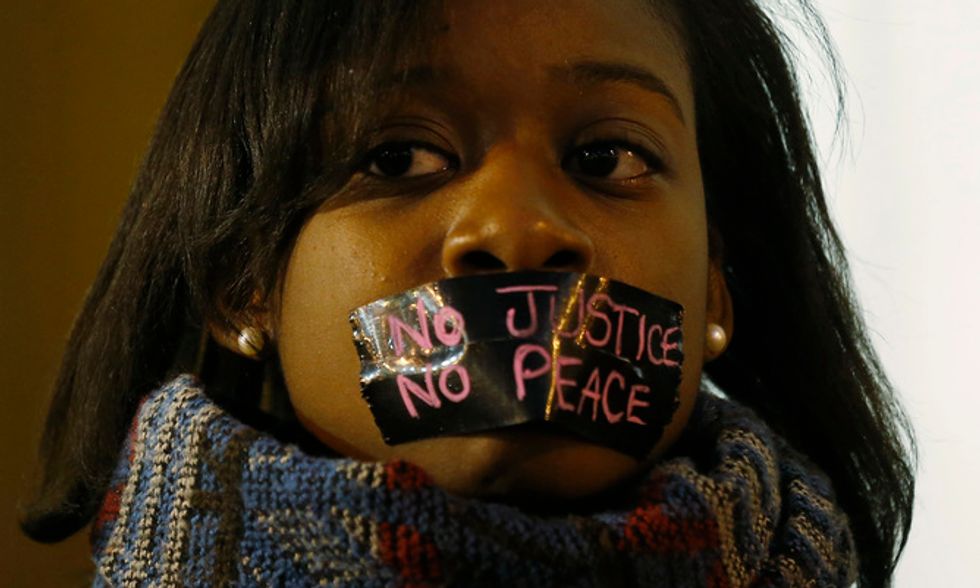 Protesting the police in Ferguson, MO.

And while we’re talking about the police, let’s remember that at least 101 unarmed black people were killed by law enforcement in 2014. That includes Tamir Rice, Michael Brown, Eric Garner, Akai Gurley and Darrien Hunt, but it also includes dozens you probably haven’t heard about, like Justin Griffin, a 25-year-old basketball coach who had an argument with a referee – the referee was an off-duty sheriff’s deputy, and he and another deputy beat Griffin to death.

From 2010-2012, teenage black men were 21 times more likely than teenage white men to be killed by police.

We need to learn to see these patterns.

Thanks to Alicia Garza, Patrisse Cullors and Opal Tometi, we have a narrative – #blacklivesmatter – that helps draw connections between Walter Scott’s death at the hands of the police in North Charleston and the slaughter of nine of Charleston’s finest citizens at the hands of Dylann Roof.

As Cullors has explained, #blacklivesmatter is not just about the death of black people at the hands of police or vigilantes:

Cullors talks about a “Black Spring,” a parallel to the Arab Spring, in which black people and their allies start uprising and demanding a more just nation.

People who knew Roof tell us that he was obsessed with the protests resulting from the Trayvon Martin and Freddie Gray deaths – a Black Spring is exactly what he appears to have feared the most.

Those he killed, notably the Reverend Clementa Pinckney, who as a state senator was a key figure in the fight to bring body cameras to South Carolina police, were precisely the people working to better the lives of the black community – and the community as a whole – in Charleston, South Carolina.

It happened in South Carolina

Was Dylann Roof a troubled loner?

Yes. But he was also a resident of a state where a segregationist flag flies above the State Capitol and can’t be taken down or lowered to half-mast without approval by the state assembly.

To reach the scene of his crime, he drove on highways named for Confederate generals. He lives in a country where black people are disproportionately the victims of official and unofficial violence.

Dismissing him as a uniquely sick individual ignores the pattern.

Roof also lives in a nation with a unique and problematic relationship with guns.

Rates of private gun ownership are higher in the US than anywhere else in the world – twice as high, for instance, as that of Yemen, a conflict-torn nation in the throes of a domestic insurgency.

Our gun murder rate is off the charts: to find adequate comparisons, we need to look at countries like Iraq and the Democratic Republic of the Congo.

Mother Jones, tracking shootings by single killers in public places in which four or more people were killed, has identified more than 70 mass shootings in the US since 1982. Like most mass killers, Roof used a handgun, and like the vast majority of mass killers, he obtained his weapon legally.

Two years after the massacre of elementary school students in Newtown, Connecticut, The New York Times has tracked gun laws passed in the year after the Newtown shootings. The results: 39 laws tightened gun restrictions; 70 loosened them.

If the pattern continues, South Carolina – a state where you do not need a permit to own any sort of handgun – is more likely to legalize concealed carry without a permit than it is to pass significant restrictions on handgun ownership.

We didn’t have to wait long to hear the argument that more guns would have saved lives in Charleston. Fox and Friends managed to find a pastor who argued that religious leaders should preach while armed, so that they could defend the flock from attack.

NRA Board member Charles Cotton found a way to blame Roof’s crimes on a man he slaughtered, Reverend Pinckney:

“he [Rev Pinckney] voted against concealed-carry. Eight of his church members who might be alive if he had expressly allowed members to carry handguns in church are dead. Innocent people died because of his position on a political issue.”

American resistance to sane gun control laws is based on fantasy.

We fantasize that guns will protect us from being victims of crime. They don’t. Gun owners are five times more likely to be shot than non-owners.

We fantasize that we will stop crimes with guns, if only pastors or teachers or any brave civilian were allowed to carry concealed weapons.

We’d do well to remember Joe Zamudio, a bystander at the rally where Representative Gabby Giffords was shot, who had a concealed weapon and narrowly missed killing not the gunman, but the man who wrestled the weapon away from the gunman.

These fantasies keep us from seeing the pattern.

We live in a country where it’s far too easy for anyone – a disturbed individual, a criminal or an ordinary untrained citizen – to obtain a gun, and where gun violence is an endemic public health problem. People in other countries think we’re crazy.

But so long as we treat each mass shooting, each black death as an isolated tragedy, there’s nothing we can do.

Look for the patterns.

Jon Stewart did a wise thing in reacting to the shootings in Charleston – he admitted that there were simply no jokes that could be made. But he also articulated a sense of hopelessness that’s easy to feel, and hard to fight:

“I honestly have nothing other than just sadness once again that we have to peer into the abyss of the depraved violence that we do to each other and the nexus of a just gaping racial wound that will not heal, yet we pretend doesn’t exist. And I’m confident, though, that by acknowledging it, by staring into that and seeing it for what it is, we still won’t do jack shit.”

We’ve got to do better than that.

Help people see, and help us fight, these patterns.

Ethan Zuckerman is Director, Center for Civic Media at Massachusetts Institute of Technology.