China presses US to invest more in its own economy 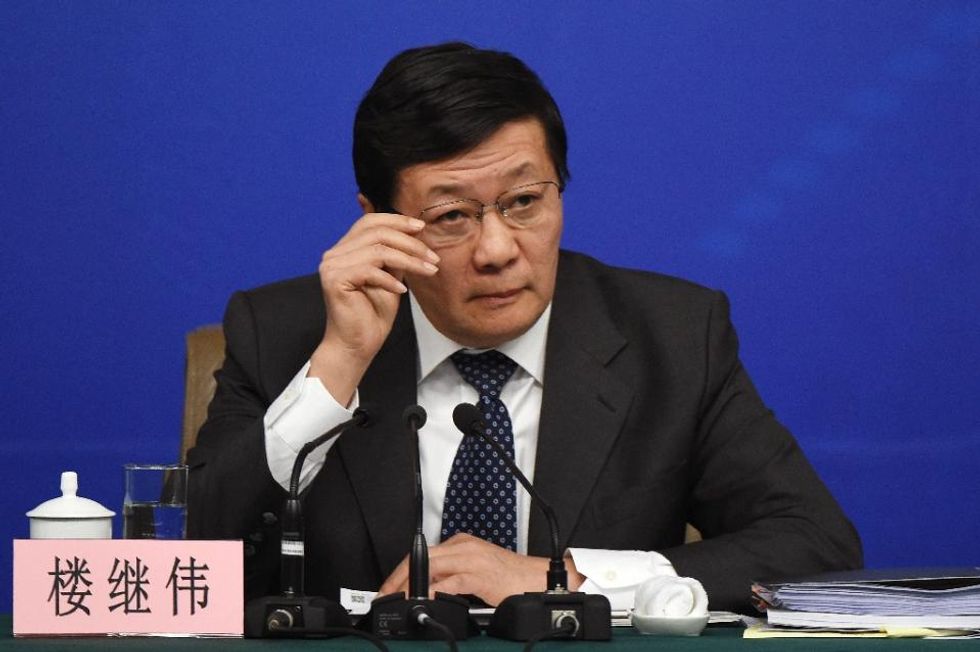 Chinese Finance Minister Lou Jiwei called Tuesday on the United States to boost its domestic savings and investment to strengthen growth, including spending to improve infrastructure.

Speaking during the first day of the annual Strategic and Economic dialogue between the rival political and economic powers, Lou countered US pressure for China to stop relying on investment to power growth.

He pointed out that China's contribution to global growth is 30 percent, while the US, the largest economy in the world, added only 10 percent.

To enhance the world economy, he said, the United States should save more and turn that into productive investment, especially in infrastructure.

"We also hope that the United States accelerates its structural reform process and develops effective processes to increase labor force participation and then enhancing the savings rate," he said in a press conference, speaking through an interpreter.

"The United States should have a proper mechanism to mobilize more savings to direct to investment. At the same time we would suggest that the US could use the opportunities of greater fiscal space to increase the investment in infrastructure."

By giving investment a "greater role" in growth, the United States could make a "great contribution to world economic development," he added.

The talks got under way in Washington with US Treasury Secretary Jacob Lew urging China to loosen controls on its currency and encourage more domestic consumption.

In two separate statements Lew also expressed strong concern about what he said was "Chinese government-sponsored" cyber-hacking of US companies to steal business information and technology.

"Such activity falls outside of the bounds of acceptable state behavior in cyberspace," Lew said.

The US business community says the issue has become paramount in bilateral economic and business relations.

Asked about it, Lou said it was a more appropriate subject for the security side of the annual talks.

"Cyber-security is not an issue to be discussed on the economic track," he said.