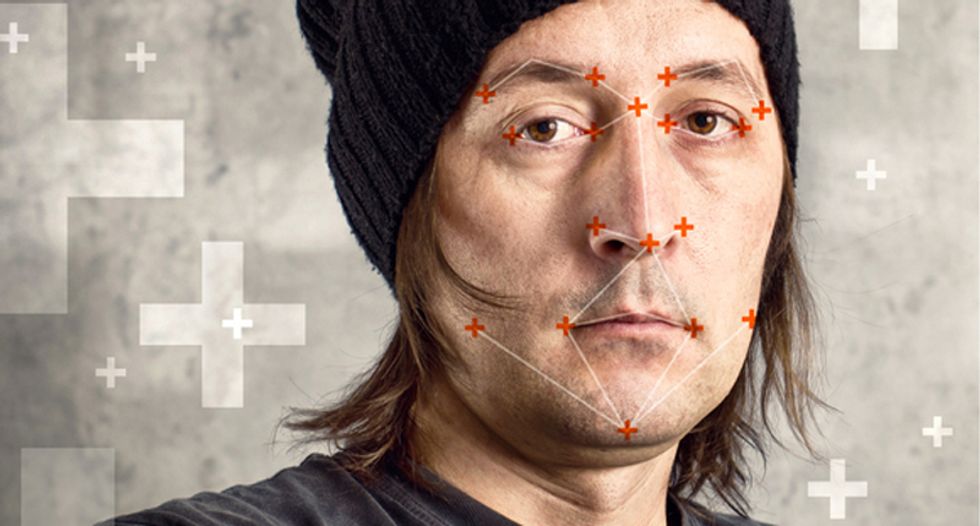 Churches just got a new way to figure out who is sleeping in on Sunday morning: facial recognition software that scans the congregation and records who showed up. Churchix is a product of Skakash LLC, which sells Face-Six for law enforcement, border control, and commercial applications. According to CEO Moshe Greenshpan, in the 4 months since the technology launched, 30 churches have already deployed the software and service, which could be used to target members who need a nudge or to identify potential major donors among those who attend faithfully.

Make Disciples of Every Creature

Evangelical churches often center their theology on a New Testament verse called the Great Commission: Go ye into all the world and preach the gospel every creature. They do so with good reason. Almost 40 years ago, with the publication of Richard Dawkins’s book The Selfish Gene, the broad public realized that ideas can be viral self-replicators, just like genes are. A “copy-me command” is a powerful thing, whether it prompts its host to replicate a computer virus, chain mail, species or a set of religious beliefs.

Churches that grow fastest and biggest are those that put the “copy me” directive at the center of their priorities. They actively invest in recruiting, whether that means designing high quality print materials and websites, training “friendship missionaries,” launching social media campaigns, or conducting professional market analysis. By contrast with Europe, where religion often exists as a fading church-state monopoly, American churches are particularly entrepreneurial and many keep eyes open for business tools that can be applied to the business of expanding membership, offerings, and market share.

In churches that are on top of their growth game, greeters stand in the lobby to make sure everyone feels welcome. Guests are asked to fill out contact cards for follow up. High-production-value materials promote both theological benefits like salvation and concrete perks like childcare. Websites and social media advertise programs for young people. As in any business, good marketing is critical to sales and fiscal health, and that means keeping up with the state of the art.

Since the time of Billy Graham’s fire-and-brimstone tent revivals, many churches have moved tactically toward a more soft-sell social marketing approach. A form of evangelism called “relational apologetics” trains Christians to win converts via a slow cultivation process rather than the more traditional door-to-door witnessing or Sunday morning altar call.

One 2014 training for pastors in Seattle included a handout, “30 Ways to Create a High Touch Environment,” that included tips more commonly given to fundraising professionals or sales teams:

For churches investing in this kind of courtship, technology tools including customer relations management software (like Salesforce), and social media are common practice. Software that scans attendee faces during the Sunday morning service and enters them in a database is just one in a long line of innovations that churches have adopted from the sales, marketing, and fundraising sectors.

But will it backfire? Facial recognition software is creepy, even when it’s just a matter of Facebook tagging us in pictures; and if early web response is any indication, Churchix strikes some people as particularly creepy. Why? Because the whole goal of Churchix is to help power-seeking, member-seeking, communities manipulate people more effectively.

In my article, “Why Good Christians Do Bad Things to Win Converts,” I discuss the tremendous pressure many Christians feel to act as volunteer recruiters for their religion. To some, the end (saving people from hell) justifies almost any means. In the service of this eternal goal, well-meaning believers prey on public grade school children, lonely foreign students, people in disaster zones, and those who are poor, uneducated, and otherwise vulnerable. These behaviors, while repugnant, make sense if one actually believes in hell.

Consequently, genuinely decent people can be persuaded to do things that otherwise might seem debased—like terrifying young children with threats of torture, or exploiting hunger or dementia.

Even without modern marketing tips or facial recognition software, Christianity has evolved a powerful set of recruiting tools. Christianity taps our innate moral emotions – empathy, shame, and guilt—and weaves a narrative around each. The believer’s relationship to God and Jesus exploits core cognitive capacities that evolved to help us function as social information specialists. Churches foster tribal identity and community, in which social support for insiders is a key benefit. Traditional cathedral architecture triggers a neurologically-based disorientation that contributes to the worshiper’s sense of wonder and transcendence. Modern versions of heaven and hell are based respectively on the most ostentatious palaces and the most terrifying tortures that the Iron Age mind could conceive and the medieval mind could elaborate. Small wonder, then, that trying to break free of Christianity can leave former believers struggling with a host of psychological symptoms, including, even, religious trauma syndrome.

Painfully, it's the most patriarchal fundamentalist variants of Christianity -- not its more progressive sects - that are often those most intent on seeking converts and gaining power in both the public sphere and individual lives.

Religious conservatives are in the midst of a push to secure more power over other people’s lives with less oversight. Institutions, individuals and even corporations boldly seek religious exemptions from duties and regulations aimed at protecting the public and promoting the general welfare. This includes labor laws, child protections, zoning, anti-discrimination laws, and pooled tax funds that pay for infrastructure, healthcare and emergency services. Since freedom of thought and worship has long been safeguarded by constitution and legal precedent in the U.S., recent “religious freedom” claims largely seek the freedom to do harm with impunity. Unlike for-profit businesses that are subject to consumer protection laws when they make false advertising claims or promote harmful products, religions freely make unaccountable claims; and customers who are dissatisfied or even injured have no recourse.

But coupled with this utter lack of accountability comes an insistence on being able to meddle in the private affairs of others. The Catholic bishops want a say in our end-of-life decisions; Christian pharmacists want a say in our birth control prescriptions; trans-phobic Christian politicians want law enforcement to check who is using which bathroom; patriarchal Christian Congressmen want the right, as Kate Beckinsale put it in her Funny-or-Die video, to have “Republicans Get in My Vagina.”

Why would anyone be surprised, then, that churches might want the ability to engage in unfettered surveillance of their members? It should be clear at this point, that in the service of God—or Greed, the boundary can be blurry—convert-hungry Christians play to the rules, even if that means getting creepy. Entering the faces of unaware members in a database and tracking attendance? That’s totally within the rules, most places. Only two American states, Illinois and Texas, have laws about getting permission before collecting a faceprint.

With the Churchix technology, congregations need only upload one clear, sharp photograph of a member before the program can begin scanning events to see if the person was there. Maybe someday soon churches can team up with Facebook and find out not only who was absent on Sunday morning, but who was where on Saturday night.