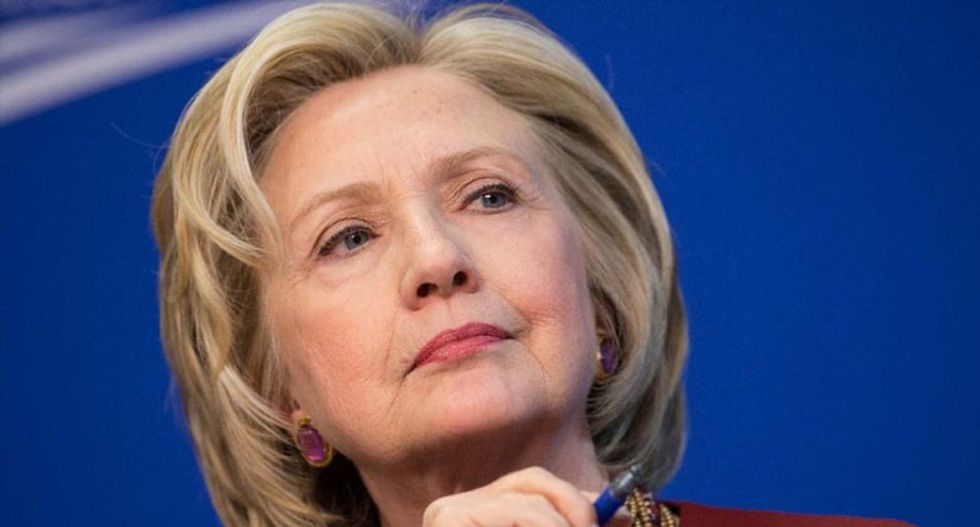 Democratic presidential front-runner Hillary Clinton said drug companies that would benefit from a Pacific trade pact should sell their products to the U.S. government at a discount in her strongest comments yet on an issue that has divided her party.

Clinton's comments amount to an implicit rebuke of President Barack Obama's efforts to secure the Trans-Pacific Partnership (TPP) and a nod toward liberal critics of the deal as she campaigns to win the Democratic nomination for the November 2016 presidential election.

Democrats in Congress rejected a related trade package on Friday despite a personal plea from the president. Clinton has faced pressure from the left and the right to take a stand on the pact.

"I have held my peace because I thought it was important for the Congress to have a full debate without thrusting presidential politics and candidates into it," she said at a campaign stop in Burlington, Iowa. "But now I think the president and his team could have the chance to drive a harder bargain."

Clinton did not say whether she would support or reject the deal. But she criticized several aspects of the agreement, which has drawn strong opposition from labor unions, environmentalists and other liberal interest groups.

She said that U.S. drug companies that stand to boost foreign sales from the deal should be required to give bulk discounts to government programs like the Medicare health plan for the elderly.

"Our drug companies, if they are going to get what they want, they should give more to America," she said.

Clinton said a dispute-resolution process should allow greater public input, echoing liberals like Senator Elizabeth Warren of Massachusetts who say it gives too much power to business.

Clinton said Obama should work with opponents like House Democratic Leader Nancy Pelosi, who led opposition to the trade package. If Obama does not get the best deal possible, "there should be no deal," Clinton said in Des Moines.

The pact is shaping up to be a significant test for Clinton as her party has grown more suspicious of the merits of free trade since her husband, Bill Clinton, signed the North American Free Trade Agreement, or NAFTA, into law as president in 1993.

Clinton has expressed reservations about free trade deals in the past, but she played a central role in trade talks with the 11 countries involved in the TPP as Obama's secretary of state.

Senator Bernie Sanders of Vermont, a rival for the Democratic nomination and fierce critic of free trade, pressed her to come out against TPP before Congress takes up the package again this week.

"If she joins us, we could stop this disastrous deal once and for all," Sanders said on CBS's "Face the Nation" before Clinton spoke in Iowa.

The trade package before Congress would give Obama's administration greater authority to negotiate trade deals without interference from lawmakers, who would be limited to an up-or-down vote once the deal was completed.