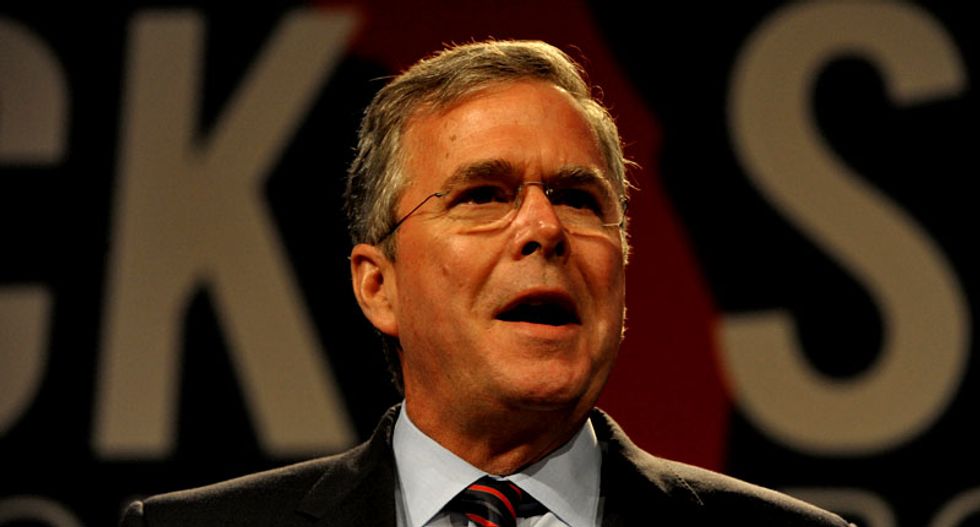 Jeb Bush will announce his bid for the Republican presidential nomination on June 15 in Miami, finally jumping into the crowded field after a chorus of criticism about how he is handling his non-campaign and moving to shore up flagging support.

The former Florida governor's big event in his hometown will come a day after he completes a week-long trip to Germany, Poland and Estonia. The announcement on Thursday of a date follows several polls that showed his front-runner status has been diminished.

Some in the Bush camp had suggested he might wait until July to announce his bid, which would give him even more time to raise money for the Right to Rise superpac organization that will run key parts of his campaign.

But amid questions about his delay in announcing and whether he was skirting election fundraising laws, the decision was made to go in mid-June.

Like many other Republicans this year who gave a date for their announcement, Bush did not specifically say he will run.

But he has left no doubt in recent days about his intentions. A Bush aide said his event will be at Miami-Dade Community College.

Bush's campaign will be run out of Miami but the Right to Rise superpac will be based in Los Angeles and led by Bush chief strategist Mike Murphy.

Bush began his exploration of a presidential bid late last year and quickly rose to the top of opinion surveys of Republican voters. But he has sagged a bit of late.

A Fox News poll this week had him tied for the lead at 12 percent apiece with Wisconsin Scott Walker, who is expected to announce in coming weeks.

Bush, 62, most represents the establishment wing of his party and wants to expand the reach of Republicans, who have lost the last two presidential elections and are seen as facing an uphill battle in 2016.

Conservatives have been slow to warm to him, concerned about his moderate positions on illegal immigration and Common Core education standards.

Their chilliness could complicate his campaign in Iowa, which early next year holds the first GOP nominating contest to choose a standard-bearer to face the Democratic nominee in the November 2016 election.

Officially forming his campaign will allow Bush to concentrate more on strategy and to flesh out a vision for why he wants to be president.

His recent days-long effort to explain what he would do differently than his brother in Iraq raised eyebrows among some Republicans.

"I think he hasn't gotten his footing," said a veteran Republican leader in Washington, who spoke on condition of anonymity. "He hasn’t been firm in his message. He hasn’t articulated his principles. He stumbled on the Iraq thing."

"And he's not aggressive enough. He seems fairly laid back and of course laid back isn’t the way you want to approach the voters for your initial impression," he said.

He also faces a home-state challenge from Republican Senator Marco Rubio, 44, who has sent a pointed message to Bush by saying the party needs a new generation of leaders.

Al Cardenas, a Bush ally, told Reuters on the fringes of a Republican forum in Orlando on Tuesday that either could do well in Florida.

"It's hard to see a scenario where the two favorite candidates are going to be anyone but Marco and Jeb but that's not guaranteed either. They both have to do reasonably well in the primaries," he said.