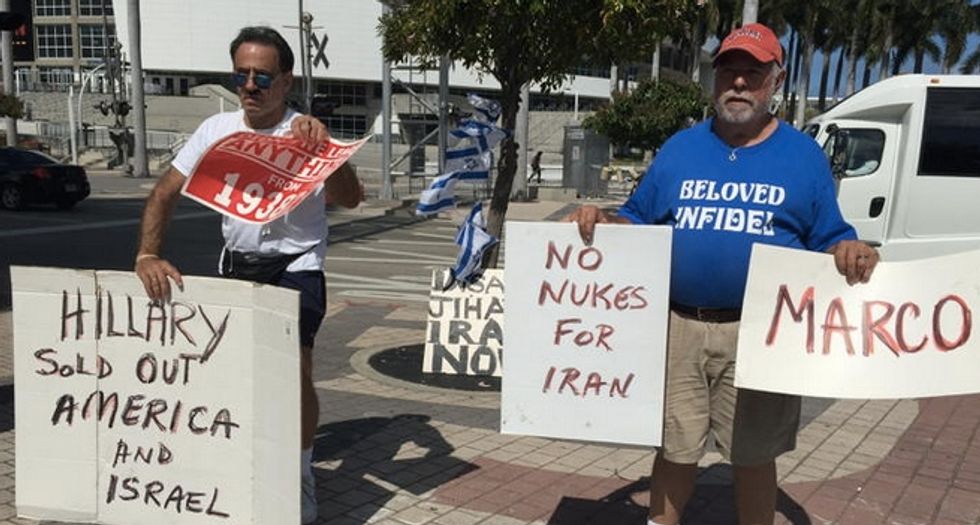 Conservatives have gone off the rails in reaction to a New York Times story reporting that Senator Marco Rubio (R-FL) and his wife have been cited 17 times for breaking traffic laws over a nearly two decade time span.

"Pentagon Papers? Nope!" Van Susteren writes on Friday. "Why the headline?" She emphasizes that Rubio's wife earned the bulk of the couple's shared ticket tally.

And anyway, Van Susteren points out, "Senator Rubio is trying to get the job as the President, and not with Uber."

"Remember how the media left Barack Obama completely unvetted?" John Hayward asks in a Breitbart editorial. "Ignoring even the most damaging stories from his past, while a squirming mass of reporters fought over every scrap of trash in the dumpster behind Sarah Palin’s house?" Well, Hayward cautions, "It’s happening again."

According to Hayward, traditional media outlets are deliberately ignoring "Hillary's scandals." Meanwhile, he says, the New York Times' article about imperfections in the Rubios' driving record was lengthier and better researched than "anything you’ll ever read from the mainstream media about, say, the White House Travel Office, Whitewater, or the sale of America’s uranium to Russia for Clinton cash."

Hot Air finds an error in the New York Times' used of the word "SUV" to reference the Rubios' F-150. The particular model of vehicle, as Hot Air describes it, is "not an SUV, it’s a pick-up truck with a bench seat in back. Why call it an SUV?"

Hot Air adds that "the whole story is silly and insubstantial."

On Friday, the New York Times revealed that -- after combing through Miami-Dade and Duval County court records dating back through 1997 -- Marco and Jeanette Rubio had collectively received citations for speeding, running red lights, and careless driving.

The New York Times also reported that the Rubios attended remedial driving classes, and paid more than $1,000 in traffic fines before hiring a Miami-based lawyer named Alex Hanna to help them fight tickets. Since Hanna, who is a Rubio donor, began working for the newly elected Senator and his wife in 2010, the couple has successfully challenged seven of their last eight traffic tickets.

Conservatives took to Twitter on Friday to express their disapproval with the New York Times for writing about Marco and Jeanette Rubio's history of breaking traffic laws. What follows are only several exemplary tweets: