'Conversation' with Hillary Clinton? That'll be $2,700 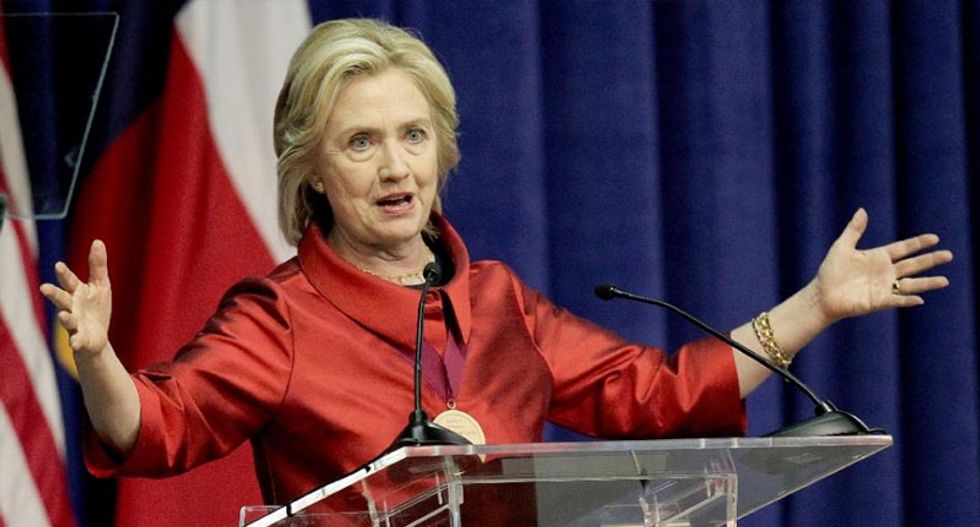 Qualifying guests are invited to hold what is described as a "conversation with Hillary," at a cost of $2,700 -- the legal limit set by the Federal Election Commission (FEC) on donations to candidates in the 2016 presidential primary cycle.

Once the primaries are decided, a supporter can contribute a fresh $2,700 maximum to a candidate in the presidential election.

Clinton, a former secretary of state and the prohibitive favorite for the Democratic nomination, has participated in some 40 fundraising receptions since launching her campaign in April, according to the Sunlight Foundation, a nonpartisan Washington organization that studies campaign financing.

By any measure it is an intense schedule to follow from now until Election Day 17 months away, and more rigorous than the smattering of public events she has held as a candidate.

But who attends the swankier, less publicized functions?

Friends of Clinton, influential Democrats, executives, a Facebook co-founder, her husband Bill, and clean-energy billionaire Tom Steyer have participated in the events. On June 29, rocker Bon Jovi will sing for one of the gatherings.

Clinton participated in three receptions Wednesday in three cities in the US northeast.

Regulatory loopholes could allow Clinton to extract more money from her donors, but the candidate has publicly committed to reforming campaign finance laws in order to dampen the growing influence of private donations on US elections.

Prominent Republican rival Jeb Bush regularly commands tens of thousands of dollars per attendee at certain events, in extraordinary cases up to $100,000.

He avoids campaign ceilings through a legal formulation known as a "super PAC."

These types of political action committees were born from a 2010 Supreme Court decision allowing unlimited contributions to such groups as a form of free expression, provided the entities remain independent from the candidates and their campaigns.

But the alleged independence of such super PACs has come into question. Jeb Bush's "Right to Rise" group is led by a close associate of the all-but-declared candidate, and the organization is exclusively dedicated to supporting Bush's run.

Bush, a former Florida governor, has yet to announce his candidacy -- that is expected to occur Monday in Miami. But the PAC's staffers are already talking openly about preparing for Bush's campaign.

By delaying formal declaration of his candidacy, Bush can continue to raise unlimited funds for his super PAC, bypassing campaign contribution caps.

Clinton herself will likely hold her nose and open the fundraising floodgates in order to fill Democratic campaign coffers if she is to match Bush's money juggernaut.

A specific goal is already said to have emerged: exceed the $1 billion raised by President Barack Obama, the Democratic Party and affiliated groups for his successful 2012 re-election effort.

Several Democrats allied with Obama, and close to Clinton, are expected to launch a fundraising effort seeking contributions to Priorities USA Action, a super PAC formerly committed to Obama.

Clinton is expected to tap into such flows.

"She does not have clean hands," said Bill Allison, a senior fellow at Sunlight Foundation.

"She would argue that she's forced to do it because that's the system we have," Allison added. "That to some extent is true, but that doesn't make her noble."

One candidate who says he refuses to embrace the fundraising leviathan is independent Senator Bernie Sanders, a "Democratic socialist" and Clinton rival in the primaries who believes campaign finance will be a central theme of the election.

"We live in an obscene moment," Sanders said Thursday.