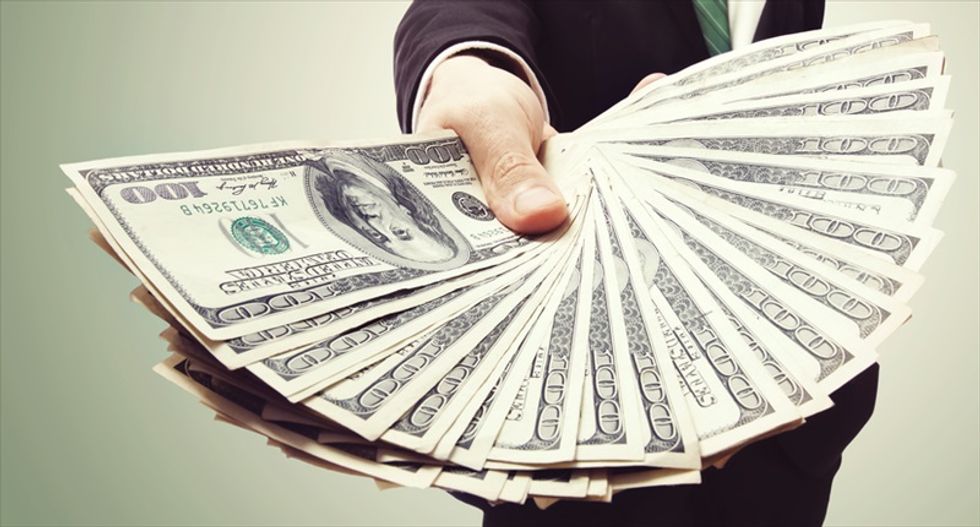 Big business was on the winning side in the U.S. Supreme Court's two major cases of the year, with hundreds of employers pushing hard in favor of gay marriage and the healthcare industry backing the insurance subsidies available under Obamacare.

The court on Thursday rejected a conservative challenge to President Barack Obama's healthcare law on a 6-3 vote and, a day later, ruled 5-4 that gay marriage should be legal nationwide.

Both cases were largely seen through the lens of national ideological wars, with liberals backing gay marriage and Obamacare and conservatives opposing them. But the cases could also be seen as pro-business rulings by a court with a reputation as friendly to corporate interests under Chief Justice John Roberts.

Unlike in other contexts, such as a series of cases in which the court cut back on class-action lawsuits, business interests aligned themselves with liberal activists for these cases.

"This Supreme Court is unquestionably responsive to the views of corporate America. Here, in both the healthcare and marriage cases, those views aligned with a progressive outcome," said Doug Kendall, president of the Constitutional Accountability Center, a left-leaning legal activist group.

The two major rulings mask the fact that the business-related rulings this year, with one major environmental case due to come on the court's last day on Monday, have been a mixed bag for corporate interests.

In one of the biggest business cases, the court on Thursday dealt a blow to lenders and insurers by upholding a legal theory that allows for lawsuits under the Fair Housing Act based on discriminatory impact even when there is no evidence of intentional discrimination.

The court did hand wins to business interests in a series of lower-profile rulings, with the U.S. Chamber of Commerce, the nation's biggest business lobby, on the winning side in 12 of 20 cases in which it filed friend-of-the-court briefs. The Chamber has a policy not to get involved in social issues and did not file briefs on the gay marriage and Obamacare cases.

That did not stop business interests from weighing in.

In the marriage case, some of the nation's biggest companies, including Procter & Gamble Co, American Airlines Group Inc and Johnson & Johnson, joined the brief urging the court to rule in favor of gay marriage. Wall Street's biggest names, including Goldman Sachs Group Inc and Morgan Stanley, also signed on.

THE BUSINESS CASE FOR GAY MARRIAGE

The brief stressed the business case for gay marriage, saying inconsistent state laws imposed burdens on companies and that marriage bans can conflict with corporate anti-discrimination and diversity policies. Thomson Reuters Corp, which owns Reuters news, also signed on to the brief.

In his majority opinion in the marriage case, Justice Anthony Kennedy, while not citing the employer brief, echoed some of the concerns raised by employers about how same-sex marriage bans meant that gay employees in committed relationships are treated differently from opposite-sex couples on issues such as workers' compensation benefits and health insurance.

In the Obamacare ruling, in which the court upheld nationwide tax subsidies essential to the 2010 Affordable Care Act's implementation, Chief Justice John Roberts explained in detail how the law was intended, as he said, to "improve health insurance markets, not destroy them."

The American Hospital Association, which represents more than 5,000 hospitals and other healthcare providers, also signed a brief backing the law. Shares in various hospital operators, including HCA Holdings Inc and Community Health Systems Inc, surged on news of the ruling.

Aside from the housing discrimination ruling, other cases that business interests lost included one earlier in June in which the court ruled in favor of a young Muslim woman who wore a head scarf to a job interview at clothing retailer Abercrombie & Fitch and sued when she did not get the job.

Among the Chamber-backed causes that prevailed was a May ruling in favor of defense contractor KBR Inc in its legal fight with a former employee who filed a whistleblower suit accusing it of defrauding the U.S. government over water purification work in Iraq.

In a business case decided in December, the court ruled for employers over worker compensation, ruling that companies do not have to pay employees for the time they spend undergoing security checks at the end of their shifts in a case involving an Amazon.com Inc warehousing contractor.