Damon Linker isn't saying you childless people will be sorry, but you will be so sorry 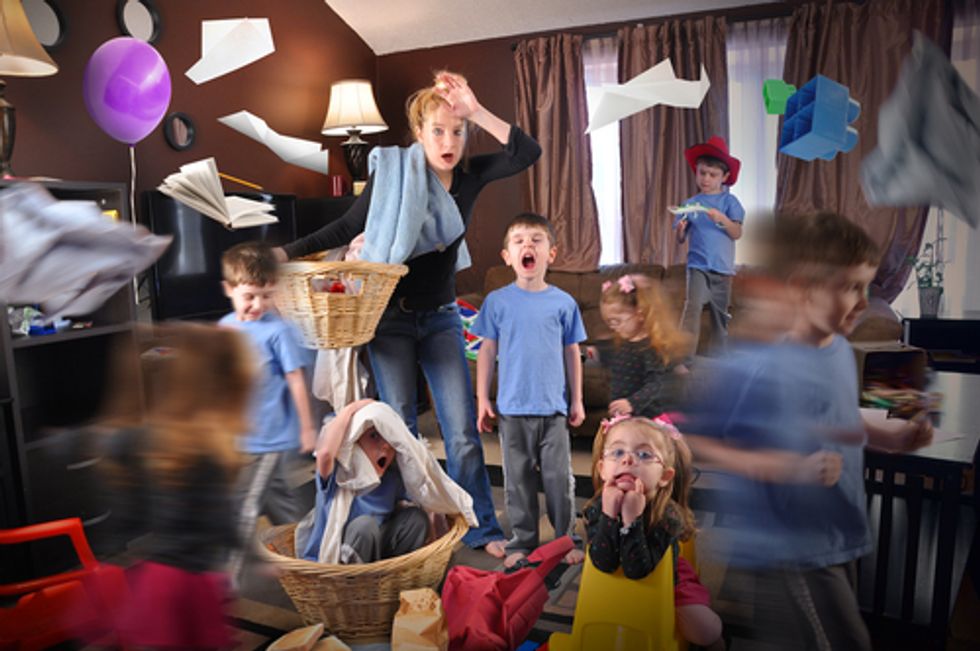 Blame Atrios for flagging this hilariously self-deluded bit of wankery from Damon Linker at The Week taunting deliberately childless people. It's clear that Linker wants to make the argument that childless people are being selfish for not being as miserable as he is, but doesn't want to come out and say it quite like that, lest anyone get the impression that he regrets his choices and is jealous. So he embraces a strategy much loved by jealous hacks: Pretentious pseudo-intellectual wankery. And truly, y'all, it's an epic display. Few have ever reached the heights that Linker does when it comes to the art of sounding like a complete dumbass while assuming you sound really smart.

Aristotle encapsulated the classical view in the famous opening line of the Nicomachean Ethics, which boldly asserted that every art, inquiry, action, and pursuit "aims at some good." The implication is quite stunning to a mind reared on Kantian categories, maintaining that a person who engages in great acts of evil, no less than someone who does great moral deeds, is pursuing some notion of the good. (It also implies, pace Kant, that the "selfish" concern with one's own good is inexorably wrapped up with everything human beings do.)

The soldier who courageously throws himself on a live grenade to save his comrades acts as he does, for example, because he thinks noble sacrifice is good — so good that it outweighs the great good of being alive. But something similar can be said of the thief who steals vast sums of treasure; he acts as he does because he believes possessing money or being rich is good — so good that it outweighs the good of obeying the law against stealing. This is why the only truly just punishment for misdeeds, in the ancient view, is education — because the criminal made a mistake about what is truly good and must be taught the error of his ways.

In case you're falling asleep, by which I cannot blame you, the TL;DR: People who have children are like soldiers throwing themselves on grenades. (Daddy loves you, kids!) People who don't have kids are naughty children that needed to be scolded into living a life that is apparently the equivalent of forever having limbs blown off. Why? Aristole. ARISTOLE.

So what good do today's childless couples aim at? I'd say something like pleasure — material rewards along with the self-satisfaction that follows from achieving high social status through career advancement. They want to work hard and play hard, enjoying the fruits of their labor without the constraints, sacrifices, and trade-offs that come from raising kids. Children might be a good, but they're a good that would take away from what they consider to be the highest good, which is the enjoyment of pleasure. So they forgo having them.

They're hedonists, in other words.

Soaring rhetoric and much philosophical allusion will trick them into not realizing that he's indulging the old puritanical urge to believe that pleasure is inherently wrong and suffering is inherently cleansing, right? It's really comical how much Linker really wants you to believe he's not saying what he is clearly saying.

So don't think he's telling you that it's shameful to be a hedonist. Perish the thought!

Anti-hedonists from Plato on have suggested that most people who devote themselves to pleasure-seeking are living a lie. Either they deny their own truest longing — in Plato's case, for eternity — or they deny how austere (and spiritually unfulfilling) a life devoted to pleasure really is. If someone truly feels no sign of dissatisfaction at the prospect of pursuing one pleasure after another until both the desires and their satisfaction simply wink out of existence at the moment of death, then such a person might be a consistent hedonist, might really consider pleasure the highest good. But how many people truly, honestly feel that way? How many will truly, honestly experience no flood of regrets when faced with the prospect of annihilation?

So he's not saying it's shameful. Just that you should be ashamed of yourself. Got it. Also, that you may be having all this hedonistic fun right now, you childless hooligans, but you'll be sorry one day. Really, really sorry.

It's true: The immortality afforded by procreation is an ersatz immortality. We won't really be around to go on living through our children's lives, and the lives of their children. But we can imagine those lives, and the ones following from them down through the ages, while we are alive, and know that something intangible about us will live on through them. Just as something equally intangible promises to live on from someone who devotes his life to the goods of honor or glory, or sacrifice for a noble cause.

There is no such comfort for the hedonist.

So here's my message for the child-free among us: If you're certain that your pursuit of pleasure is all you want from life, then good luck and have fun!

But are you really certain?

Of course, his entire argument rests on a soft bed of straw, which is the assumption that the only way to have a life with meaning outside of immediate gratification is to have children. Despite all this Plato-Kant-Aristole blather, he is really so stupid or dishonest that he doesn't consider that people might have meaningful pursuits outside of child-rearing. You know, like a job or charity work or maybe writing some of that philosophy stuff so that future wankers can pretend they understand it to scold people into mindlessly accepting narrow social conceptions about how you should live. He certainly isn't bright enough to consider the possibility that there's something a little....narcissistic.... about thinking you personally are so important that you have to live forever through breeding.

(Which he kind of admits you can't even do, but clearly, his ego is so big he's just going to indulge that fantasy. For what it's worth, your great-grandchild has about as much of your DNA as a cousin, so your "immortality" gets washed out pretty fast. A great-great-grandchild only has about 6% of your DNA. If immortality is your goal, kids is a shit way to go about it. You'd have more luck trying to be the next Shakespeare.)

What cracks me up about pieces like Linker's is they function, completely against his will, as an argument against having kids. He makes being a parent sound so miserable---remember the throwing yourself on the grenade metaphor---that no one in their right mind would do it. He kind of implies that it's the end of pleasure, but that you should do it anyway because of some vague existential threat. I'll take my chances with being gripped with a case of the what-ifs on my deathbed, thanks. I'll be dead soon enough, and it's not like it's a pleasant process to start with, so better a bout of regret on the deathbed than the "every day is throwing yourself on a grenade" existence Linker invokes.

The truth is that many parents don't actually think this way but see having kids as inherently a good thing, perhaps even fun at times. (Hedonists! You should stab yourself with a pencil until you get over it.)  I wouldn't, but that's okay. I'm glad some people like it, because kids deserve to be raised by people who,unlike Linker, are not badly papering over clear resentment of their situation.