Dave Chappelle just as baffled by Rachel Dolezal as you are: ‘I don’t know what she was doing' 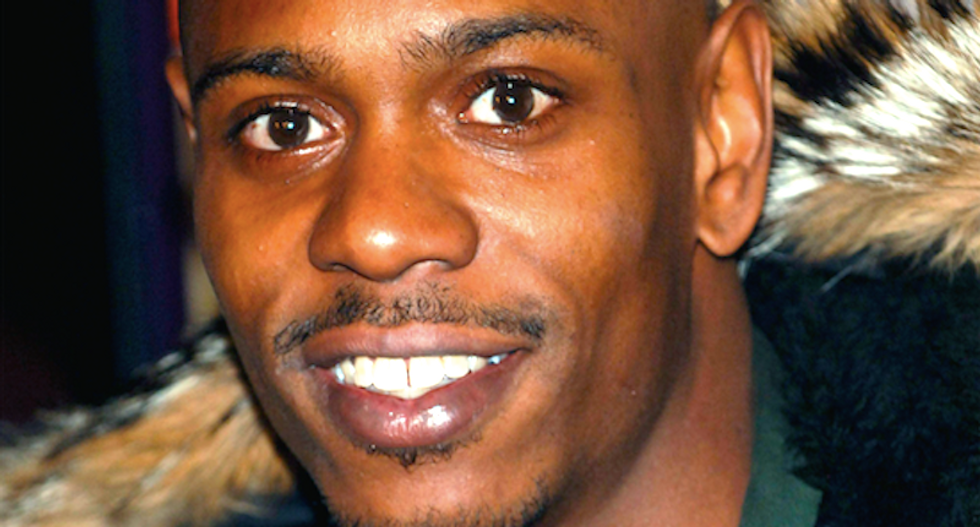 Dave Chappelle offered a nuanced take on the strange case of Rachel Dolezal, the white woman who posed as black and was elected president of a local NAACP chapter.

The comedian, who memorably skewered racial attitudes in his classic but short-lived Comedy Central program, said he believed Dolezal appeared to be sincere in her desire to be perceived as a black woman – but he was baffled by her actions.

“The world’s become ridiculous,” Chappelle told graduates Sunday at the Duke Ellington School of the Arts. “There’s a white lady posing as a black lady. There is not one thing that woman accomplished that she couldn’t have done as a white woman. There’s no reason! She just needed the braids! I don’t know what she was doing.”

Chappelle discussed the Spokane, Washington, NAACP president during the commencement address at his alma mater, and he expanded on his comments afterward during an interview with the Washington Post.

“The thing that the media’s got to be real careful about, that they’re kind of overlooking, is the emotional context of what she means,” Chappelle said.

“There’s something that’s very nuanced where she’s highlighting the difference between personal feeling and what’s construct as far as racism is concerned,” he continue. “I don’t know what her agenda is, but there’s an emotional context for black people when they see her and white people when they see her. There’s a lot of feelings that are going to come out behind what’s happening with this lady.”

The comedian said he would not likely make any jokes about Dolezal, at least in the immediate future, and he’s looking forward to her explanation.

“She’s just a person, no matter how we feel about her,” Chappelle said.

“I’m probably not going to do any jokes about her or any references to her for awhile because that’s going to be a lot of comedians doing a lot, and I’m sure her rebuttal will be illuminating,” he added. “Like, once she’s had time to process it and kind of get her wind back and get her message together.”