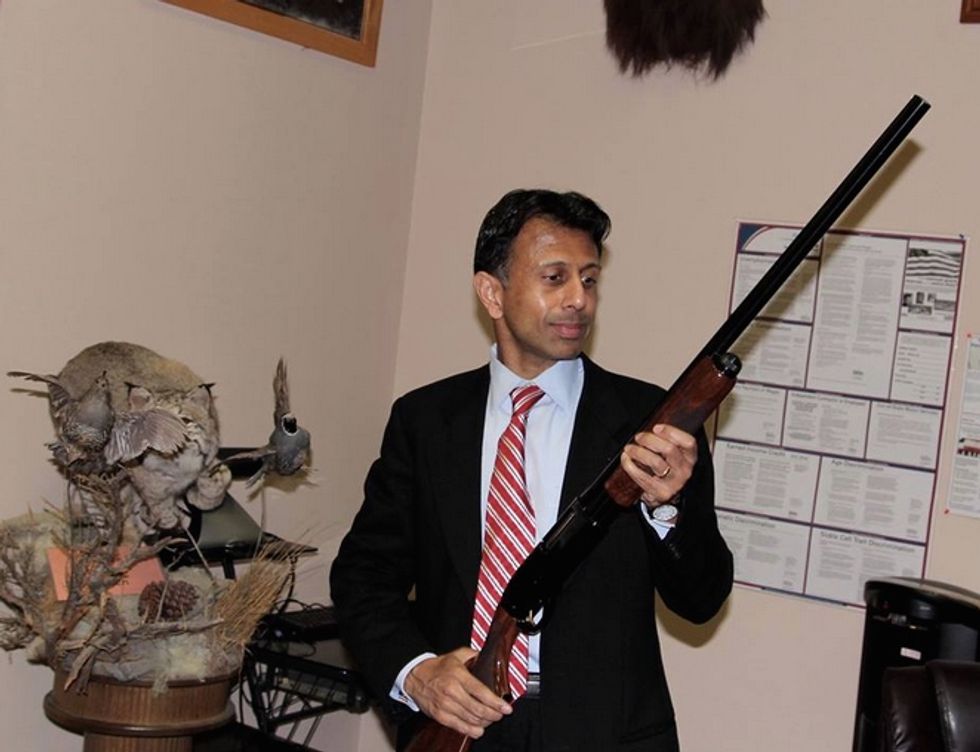 Detractors of Louisiana governor Bobby Jindal on Twitter have pounced on the hashtag #AskBobby. Designed by the Jindal social media team as a way for citizens to engage with the presidential candidate, #AskBobby was hilariously misappropriated almost immediately by thousands of people.

Jindal will appear at a town hall-style event in Iowa on Tuesday at 6:00 p.m. His presidential campaign's Super PAC invites potential voters to ask Jindal questions on Twitter, leading up to this evening's event:

First town hall featuring Bobby Jindal is tonight in Waukee. Send us your questions with #AskBobby! Be sure to include your name and city.
— Believe Again (@Believe Again) 1435690870.0

Thus has a flood of Jindal Internet mockery ensued. A few noteworthy examples:

#AskBobby - are you still opposed to volcano monitoring? Because we need that to live out west. Kinda like NOLA needs hurricane monitoring
— Elliott Smith (@Elliott Smith) 1435695132.0

You have a phone charger I could borrow? This hashtag is draining my battery #AskBobby
— Leslie Sage (@Leslie Sage) 1435692066.0

.@BobbyJindal Who on your team thought a Twitter Q&A wouldn’t open your awful ideas to mockery, and when will you fire them? #AskBobby
— Phil Plait (@Phil Plait) 1435691894.0