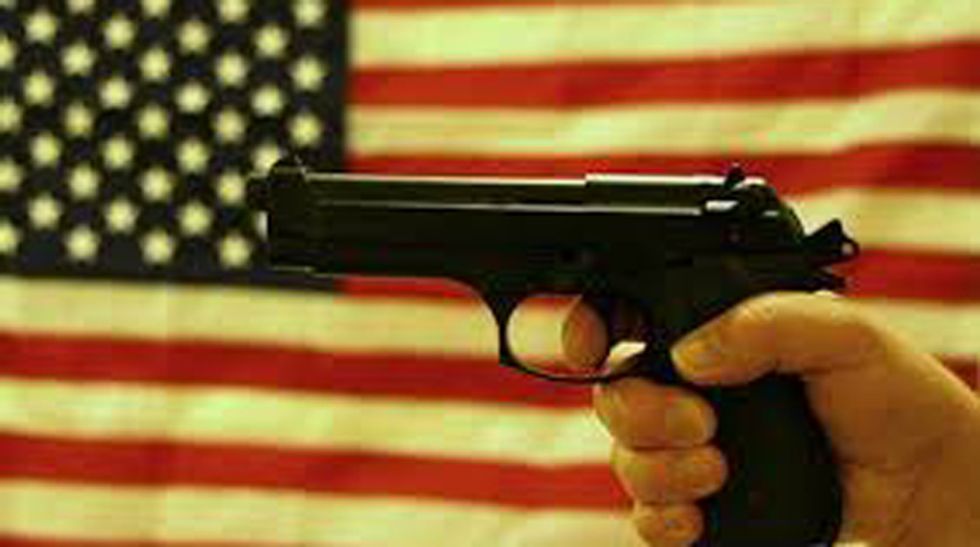 In so many ways, the story of Dylann Roof, the shooting suspect who allegedly killed nine people in an historic South Carolina black church, is a parallel to the story of America itself.

Who, at this point, can feign surprise at this latest massacre when it sits at the nexus of so much that is familiar and perfectly in line with the U.S. that we know? We are a country where mass shootings are weekly news, where gun violence is a fact of daily life, where there is a legacy of terror against black people and communities, where white racists have long targeted black churches, where African-American life is so devalued it can be taken with impunity.

If you are shocked by any aspect of Roof’s story so far—including that he is being described in news outlets as “quiet and soft-spoken” instead of as a terrorist—you are not only willingly obtuse but complicit in his crime. There is a single conclusion to draw in this moment, and it is that we are here again, because this is exactly who we are.

It seems likely to me that Roof had some sense of this, that his own knowledge and recognition of history helped guide him toward committing this horrific crime. Emanuel African Methodist Church is one of the oldest houses of worship in the South, and it has long served—like the institution of the African-American church itself in this country—as a sanctuary and safe haven for black people from white racism. Though the roots of the church stretch back to 1787, its foundation is more firmly pinned to 1816. Six years after its establishment, when a slave rebellion plot was tied to the church in 1822, accused leader Denmark Vesey—a free black man—and five alleged co-conspirators were hanged and the church burned down. The date of that rebellion was to be June 17, also the date Roof walked into Bible study at the church, pretended to worship with parishioners for an hour, and then shot nine people to death.

I would wager that Roof knew not just that bit of history, but understood in his own perverse way what it meant to kill—to literally hunt—black folks in a space they were hopeful enough to believe was safe, and that he recognized his place alongside white racist terrorists like those who carried out the 1963 Birmingham, Alabama, church bombing that killed four black girls. (Not to mention those I’ve just written about, who burned the church itself down nearly two centuries ago.) Roof adorned his car with the same Confederate flag that once flew over slaveholding states and today waves over the South Carolina statehouse. America may be unwilling to face its history, despite a mounting pile of black bodies that forces African Americans to reckon with it daily. But Roof is more honest than those—and there are so many—whose complicity lies in looking the other way, in denying the past, in pretending that each new murder is an isolated anomaly. As long as they are unwilling to admit to our past’s stranglehold on our present, Roof and others like him will continue to draw truth, and strength, from the legacy and reality of white terror and supremacy. The lies white America tells itself cost actual black lives.

Before he pulled the trigger, Roof allegedly said to his victims, “I have to do it.” He continued, “You rape our women and you're taking over our country. And you have to go.” At 21-years-old, Roof had fully absorbed the message his country has taught him, just like terrorists in every other country, in every other part of the world. He clung to the old American idea that white women are our most precious resource to be protected by any means, and felt it was his right as a white man to protect his birthright—this country and his privilege within it —which he saw as being taken from him. We are guns and violence and race hatred and systemic, codified, state-sanctioned terrorism against people of color and that is who we have always been. While our media is certain to attribute Roof’s heinous acts to mental illness (and the cops were careful to take him alive, which even the most innocent of black folks cannot count on), I consider him a particularly apt pupil. Just the latest of many. Though certainly not the last.