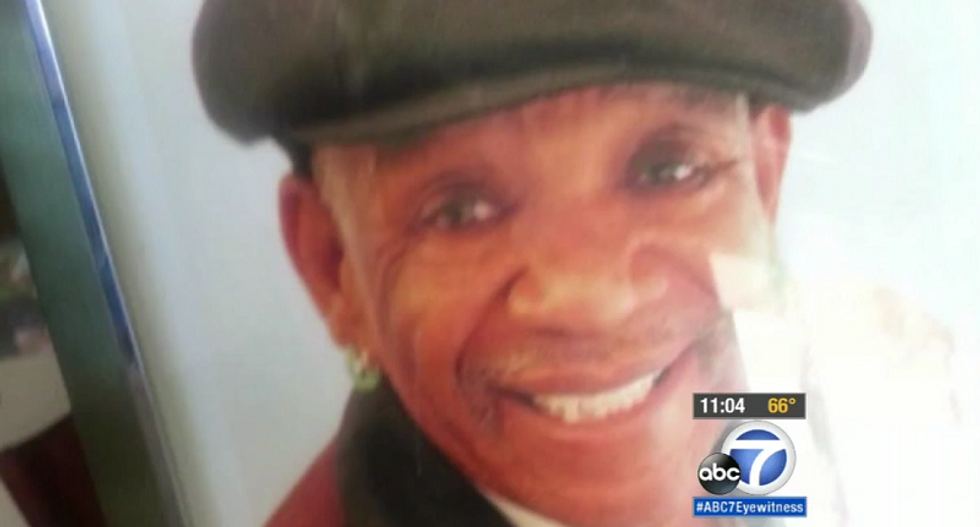 The gruesome tragedy has everyone wondering why this would happen to Hollis, a great-grandfather and beloved gospel singer who was known as Mr. Bojangles. Inglewood police are declining media interviews and family members tell reporters they are not getting information on the investigation.

No arrests have been made, nor is any motive known.

Family members told CBS News that nothing was stolen from Hollis' apartment.

Neighbor Sahir Champion told ABC 7 "the fact that it wasn't a robbery, because he always wore a lot of jewelry, makes me think that it was something personal."

Hollis' cousin, Alyssia Powell told CBS that he was wearing his jewelry when he was found by his son on Thursday.

Aside from singing in two church choirs, Hollis was also an accomplished painter, despite his blindness. In a statement reported by ABC, the Hollis family said he was a "kind and generous spirit" who worked as a sign painter. His ex-wife told CBS he was 80 percent blind, learning braille and in the process of getting a seeing-eye dog.

"The man wouldn't hurt a fly, and so there's no path to logic," Bishop Kenneth Ulmer told ABC.

Champion told reporters he remembers Hollis as a smiling, well-dressed man who he'd regularly see waiting for a lift to church on Sundays.

Inglewood Mayor James Butts told the crowd he planned to ask the City Council to authorize a $50,000 reward for information leading to the apprehension of Hollis' killer.

Inglewood is a city of about 111,500 just south of Los Angeles that has a large African American population, according to US Census data.