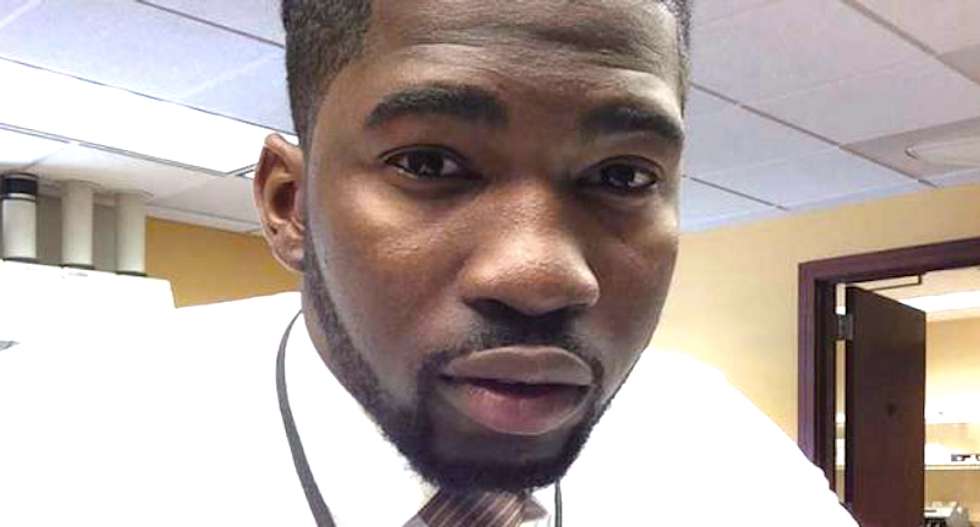 Two former sheriff's deputies and a health care worker at a Georgia jail were indicted on Wednesday over the New Year's Day death of a black inmate who was in restraints, the local Savannah Morning News reported.

The indictment comes amid a national outcry over police violence against minorities, sparked by several high-profile killings of unarmed black men over the past year and subsequent grand jury decisions in New York and Ferguson, Missouri to not charge the officers involved.

Jason Paul Kenny, Maxine Evans, and Gregory Brown were all charged with involuntary manslaughter in the death of college student Matthew Ajibade at the Chatham County jail, according to a copy of the indictment published online by the newspaper.

The indictment said Kenny used excessive force when he tasered the restrained Ajibade, killing him. It added that Evans and Brown, the healthcare worker at the Chatham County jail, failed to monitor Ajibade after the assault.

The next day, Evans and Brown altered logs at the jail indicating that checks were made on Ajibade's welfare that had not been conducted and Brown lied to an investigator about those checks, according to the indictment.

An autopsy by the Georgia Bureau of Investigation revealed Ajibade's death was caused by "blunt force trauma" with injuries to his head.

Nine sheriff's deputies were fired in early May over the incident. The Morning News reported that Kenny and Evans were among those nine, and that three other deputies involved in the incident had earlier left the department.

Mark O'Mara, the family's lawyer, told the Morning News on Wednesday that he and Ajibade's family were not satisfied with the charges.

"(The district attorney) failed to get a felony murder indictment, and that is her responsibility," O'Mara said. "They are disappointed that nine out of 12 people involved in their son or cousin or brother's death have gotten away without any criminal liability."

Ajibade, an artist and a student, was arrested Jan. 1 on a domestic violence charge. But O’Mara has said the man's fiancée had called police seeking help for Ajibade, who was suffering a manic episode from his bipolar disorder.

Officials said Ajibade fought with deputies while being booked and had to be restrained. After making a check on Ajibade in the cell, deputies found him unconscious. He died at the jail.

Kenny was also charged with aggravated assault and cruelty to an inmate. Evans and Brown were both charged with public record fraud, with Brown facing an additional charge of making a false statement.