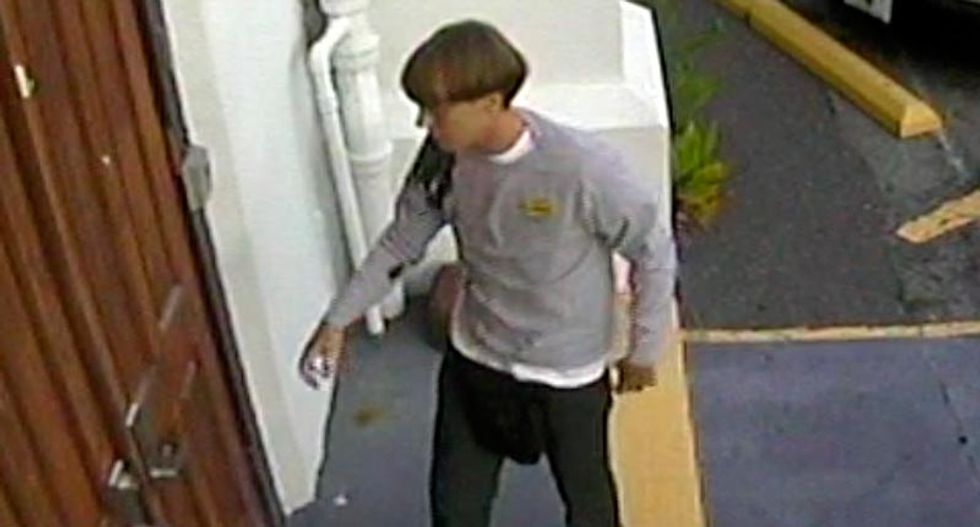 Police in Charleston, South Carolina, were searching for a white gunman on Thursday who killed nine people in a historic African-American church, in an attack that police and the city's mayor described as a hate crime.

The shooter, a 21-year-old white man with sandy blond hair, sat with churchgoers inside Emanuel African Methodist Episcopal Church for about an hour on Wednesday before opening fire, Police Chief Gregory Mullen said.

The gunman is extremely dangerous, Mullen said, and police did not have a sense of where he might be.

"This is an unfathomable and unspeakable act by somebody filled with hate and with a deranged mind," Charleston Mayor Joe Riley told reporters.

The shooting recalled the 1963 bombing of an African-American church in Birmingham, Alabama, that killed four girls and galvanized the civil rights movement of the 1960s.

The Charleston church is one of the largest and oldest black congregations in the South, according to its website. It has its roots in the early 19th century, and was founded in part by a freed slave who was later executed for organizing a revolt, according to the U.S. National Park Service.

"This tragedy that we are addressing right now is indescribable," Mullen said. "We are committed to do whatever is necessary to bring this individual to justice."

The attack follows the April shooting of an unarmed black man in neighboring North Charleston by a white police officer. The officer has been charged with murder in that case, one of a number of deaths of unarmed black men in encounters with police that have raised racial tensions in the United States.

'WHERE ARE YOU SAFE?'

The community reacted with shock and grief after Wednesday's shooting.

"I'm heartbroken," said Shona Holmes, 28, a bystander at the aftermath of the shooting. "It's just hurtful to think that someone would come in and shoot people in a church. If you're not safe in church, where are you safe?"

The FBI, the Bureau of Alcohol, Tobacco, Firearms and Explosives and other agencies have joined in the investigation, Mullen said.

Eight victims were found dead in the church, Mullen said, and a ninth died after being taken to hospital. Three people survived the attack. Officials did not immediately identify the victims.

"It's devastating, devastating that someone would go into God's house and commit such a crime," Williams told CNN. "It's just a huge, huge loss."

Early on Thursday, Mullen released photos of the suspect taken from the church, as well as of a black sedan that he was seen leaving in. Mullen added there was "no reason to believe" that he was not in the Charleston area.

The shooter told one survivor he would let her live so she could tell others what happened, the president of the Charleston NAACP, Dot Scott, told the local Post and Courier newspaper.

Following the attack on the church, Republican presidential candidate Jeb Bush, the former governor of Florida, canceled an appearance in Charleston that had been scheduled for Thursday morning.

"Governor Bush's thoughts and prayers are with the individuals and families affected by this tragedy," his campaign team said in a statement.