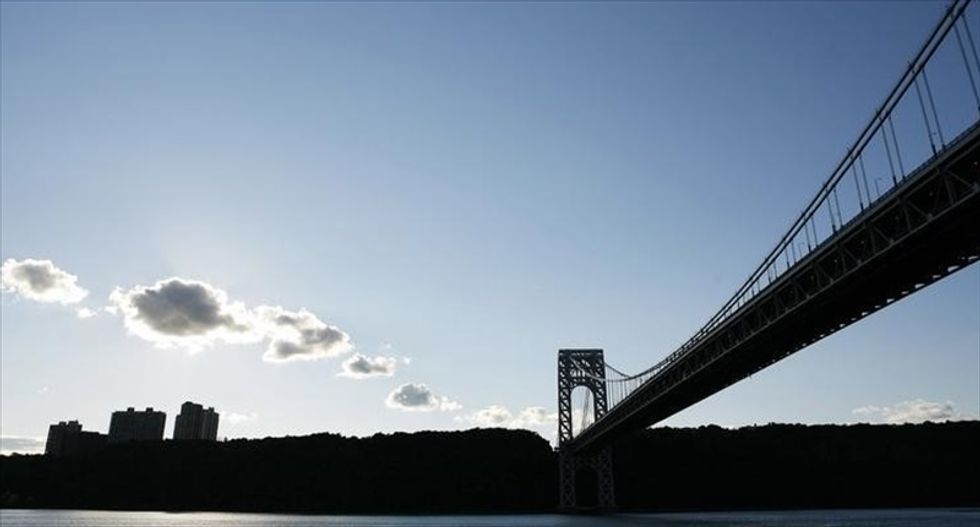 The George Washington Bridge is seen as it crosses into New Jersey in New York on Sept. 16, 2007. Photo by Lucas Jackson for Reuters.

A federal judge in New Jersey has dismissed a class-action lawsuit filed by people stuck in traffic in the 2013 George Washington Bridge lane closings, a scandal that has dogged Governor Chris Christie in his bid to run for U.S. president.

The ruling came on Monday, a day before Christie announced he is seeking the Republican presidential nomination in 2016.

The White House bid is seen as an uphill run for the 52-year-old governor, whose image took a hit in the scandal dubbed Bridgegate.

Christie aides and allies are accused of orchestrating the closing of approach lanes to the George Washington Bridge connecting New Jersey and New York City, the busiest bridge in the nation.

Critics said the closings were retribution against a local Democratic mayor who failed to back Christie's re-election.

The governor has maintained he knew nothing about the lane closures, which snarled traffic and caused hours-long delays for school buses, ambulances and commuters.

A number of people affected by the traffic jams filed a complaint last year against the state, the Port Authority of New York and New Jersey that oversees the bridge, and an array of Christie aides and appointees.

It contains "vague and conclusory allegations of unlawful conduct," he wrote.

Those filing the legal action, which include a number of taxi and limousine companies, can amend and refile the complaint, the judge ruled.

A former Christie appointee has pleaded guilty to federal charges related to the lane closings, and the governor's former deputy chief of staff and another ally have been indicted.