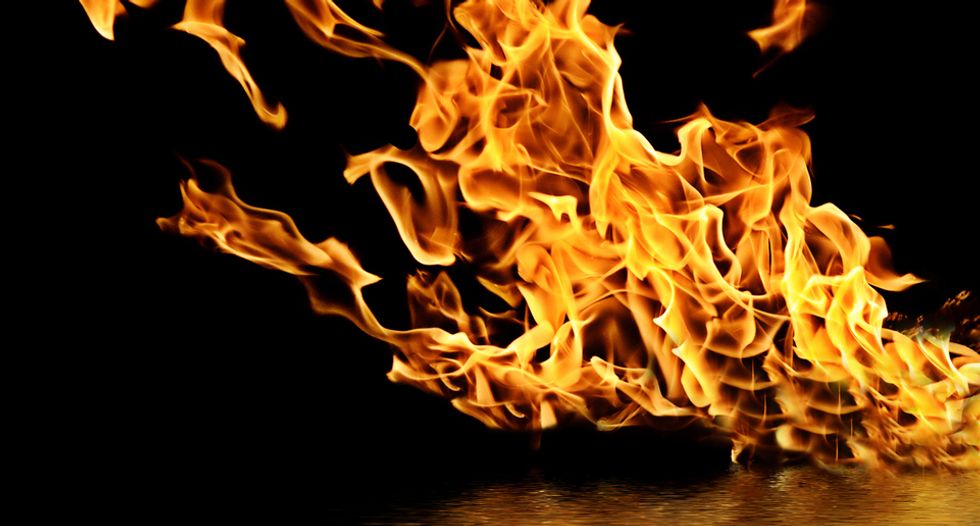 A fire that engulfed a church with a primarily African-American congregation in Charlotte, North Carolina early on Wednesday morning has been ruled as arson, fire officials said.

The fire, at the Briar Creek Baptist Church, was estimated to have caused more than $250,000 worth of damage, the Charlotte Fire Department said in a statement.

"We completed our work on the scene and determined this was intentionally set," Charlotte Fire Department Senior Fire Investigator David Williams said.

The department said the flames were brought under control within about an hour and 15 minutes, but one firefighter was taken to a local hospital and another was treated on scene after battling the blaze amid "extremely hot and humid conditions."

The fire came a week after a white gunman entered an historic African-American church in neighboring South Carolina and killed nine people during a Bible study session.

Williams told the local Charlotte Observer newspaper that investigators were attempting to establish if the fire was set as a hate crime.

The newspaper said the church was predominantly white when it opened in 1951 under another name, but shifted to becoming a black church over the past few decades as the area's demographics changed.