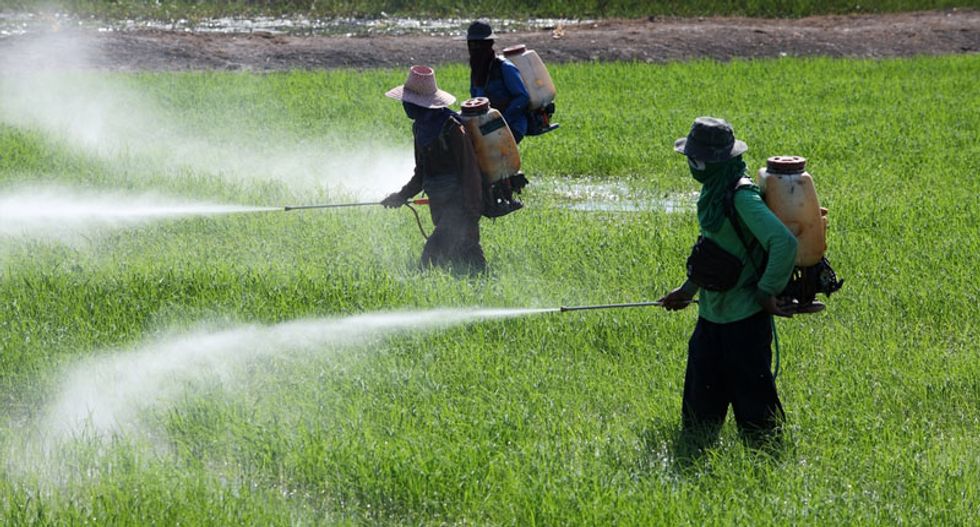 A five-decade study of US women has found that those exposed to high levels of the pesticide DDT in the womb were four times as likely to get breast cancer.

The study is the first of its kind to directly link breast cancer in humans to DDT, which was banned in many countries decades ago but continues to be used widely in Africa and Asia.

"Environmental chemicals have long been suspected causes of breast cancer, but until now, there have been few human studies to support this idea," said Barbara Cohn of the Public Health Institute in Berkeley, California, co-author of the study published Tuesday in the Journal of Clinical Endocrinology and Metabolism.

"This 54-year study is the first to provide direct evidence that chemical exposures for pregnant women may have lifelong consequences for their daughters' breast cancer risk."

Researchers examined a group of women who were exposed in utero to DDT in the 1960s, when the pesticide was popular in the United States.

The data came from a California program called Child Health and Development Studies (CHDS), which studied 20,754 pregnancies among women who were members of the Kaiser Foundation Health Plan from 1959 through 1967.

From this large group, researchers focused on 118 mothers who had daughters who were diagnosed with breast cancer by age 52.

Stored blood samples from the 118 gave scientists a picture of how much DDT exposure they had when pregnant or shortly after giving birth.

"Among the women who were diagnosed with breast cancer, 83 percent had estrogen-receptor positive breast cancer, a form of cancer that may receive signals from the hormone estrogen to promote tumor growth."

Women in the highest exposure group were also more likely to be diagnosed with advanced cancer than women who were not exposed to DDT.

The chemicals in DDT are known to be endocrine disruptors, which can mimic and interfere with the function of the hormone estrogen.

"This study calls for a new emphasis on finding and controlling environmental causes of breast cancer that operate in the womb," said Cohn.

"Our findings should prompt additional clinical and laboratory studies that can lead to prevention, early detection and treatment of DDT-associated breast cancer in the many generations of women who were exposed in the womb."