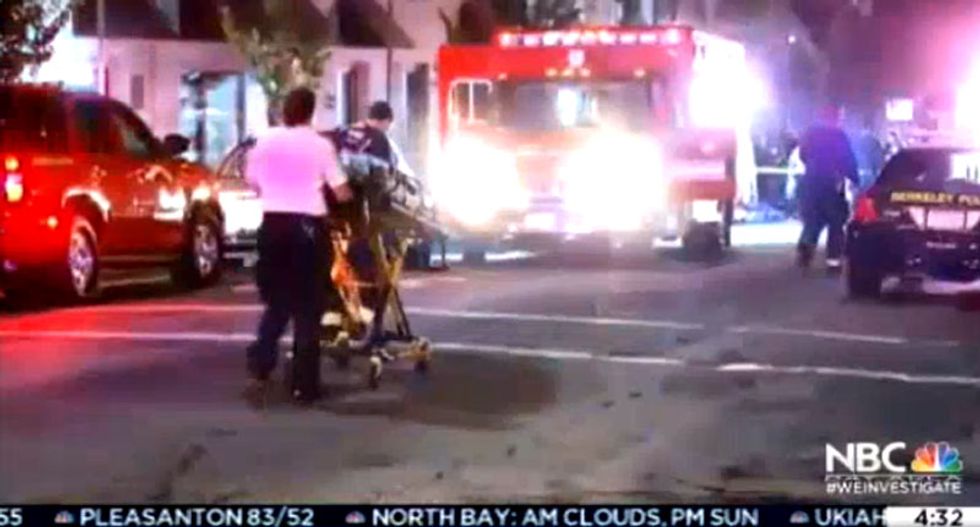 Five young Irish citizens were killed and at least eight other people were injured when an apartment balcony collapsed early on Tuesday in the Californian city of Berkeley, Ireland's foreign minister said.

Earlier, Berkeley Police Department spokeswoman Jennifer Coats said the survivors' injuries were "very serious and potentially life-threatening". She confirmed the death toll but did not give the nationality of those involved.

Irish Foreign Minister Charlie Flanagan said police had indicated they did not believe any other nationalities were among the dead.

"My understanding is that four people were declared dead at the scene, one later died in hospital. Up to eight or nine others have been taken to hospitals. Those involved are believed to be Irish students for the most part," Flanagan told national broadcaster RTE.

"My heart goes out to the families and loved ones of the deceased and those who have been injured."

Thousands of Irish students travel to the United States on temporary working visas every summer.

Coats said callers had first reported the collapse at the multi-story block in the downtown area of the college city near San Francisco at around 12:45 a.m. local time.

Californian police are working with the fire department and city officials to work out what caused the collapse, Coats said.

Flanagan said the balcony collapse seemed to be an accident.