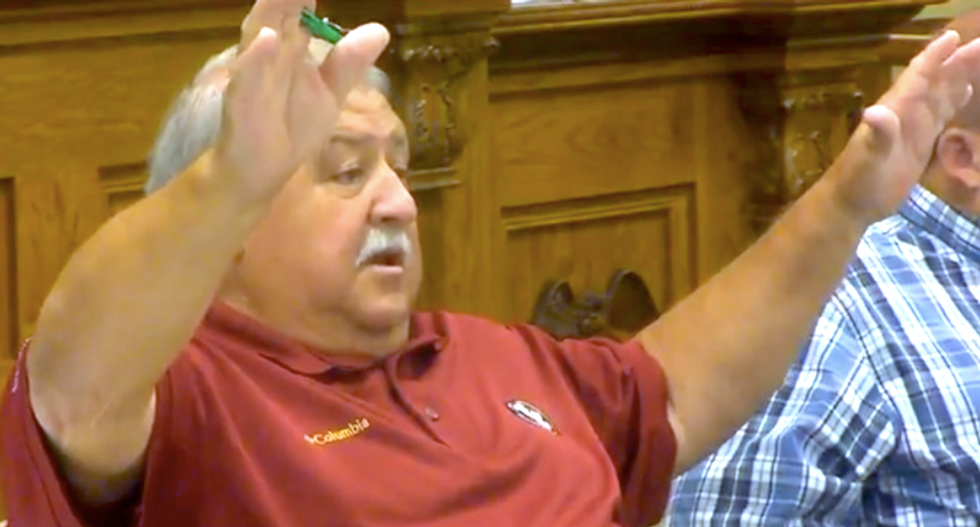 An elected official in Florida used a racial slur during a jailhouse phone call with his brother to complain that blacks had received preferential treatment.

Dexter Barber, chairman of the Liberty County Board of Commissioners, made the remarks during a May 6 conversation with his brother, who remains jailed after he was arrested on four counts of attempted murder of a law enforcement officer, reported the Tallahassee Democrat.

Barber complained during the call, which was recorded and reviewed by a jail administrator as part of standard procedure, that he was forced to wait to visit his brother while black visitors went ahead of him.

“That was kind of a slap in the face,” he said.

The elected official blamed the perceived unfair treatment on Sgt. Maple Spears, who is second in command at the jail.

The commissioner's brother, Jackie Barber, was arrested in April when police were called to his home after he threatened to kill himself out of grief over his dead son.

Police said he ignored orders to drop a loaded handgun and struggled with officers over the firearm.

The 62-year-old Barber badly damaged the Liberty County High School about a month earlier after speeding through an intersection and crashing his pickup through a brick wall.

Barber went Wednesday to Dawson’s home, where he apologized and asked her to remove her name from the commission meeting agenda for the following evening.

She declined to do so and said she would file a state ethics complaint against Barber, a county commissioner for 12 years.

Barber complained during the meeting that he had apologized “as solemn as I could,” although he did not publicly repeat the apology

“I thought all this was over and this is what it turned into,” he said. “I already apologized."