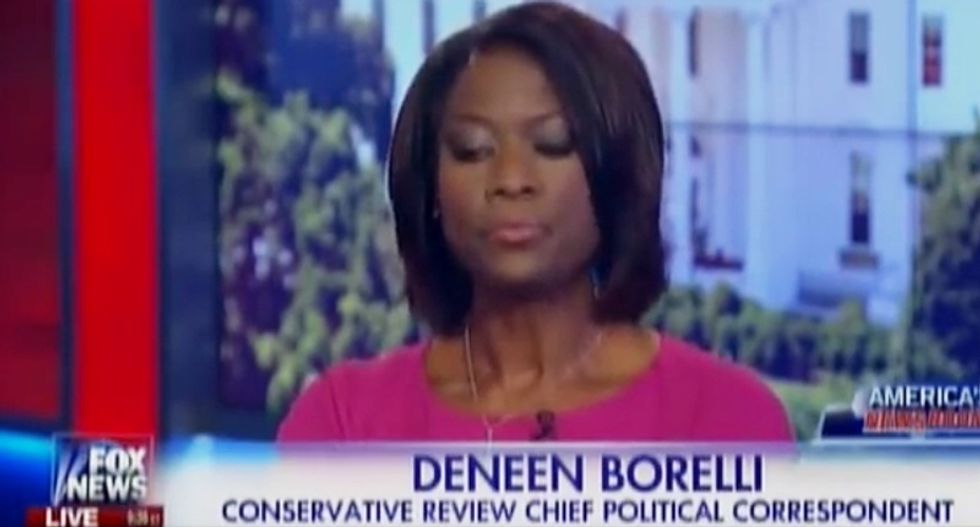 A correspondent for the obscure Conservative Review went off on a tirade about President Barack Obama on Fox News, accusing the president of being the "Rapper-in-Chief" and using "gutter-speak" when discussing racism and using the N-word as an example in a podcast interview.

While reaction on Fox & Friends to the president was much more subdued, Deneen Borelli from the Conservative Review blasted the president as host Bill Hemmer looked on, as reported by Talking Points Memo.

“He has really dragged in the gutter-speak of rap music,” Borelli said. “So now he’s the first President of rap, of street? I mean, come on, he has lowered the stature of the high office of the President of the United States and the question is, why did he do this? Did you see all of the people coming together in the streets of Charleston, South Carolina? Black, white, and otherwise, coming together, praying, supporting each other. And here you have the president make this insane crazy comment of using the N-word to distract.”

“The President-in-chief, the rapper-in-chief now, is further dividing our country,” she said before adding, "I find it outrageous."

Borelli later went to say President Obama "is dividing the country. He makes it seem like our country is the racist country in the world, and it’s not.”

Watch the video below uploaded to YouTube by TPMTV: