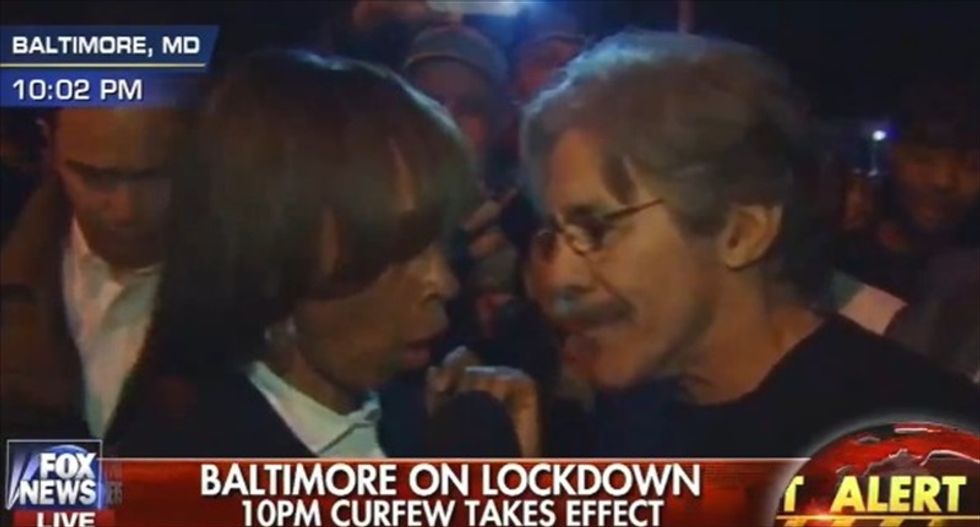 A security guard assigned to protect Fox News host Geraldo Rivera and other network employees is facing multiple weapons charges after police said that he was illegally carrying a handgun in Baltimore.

The Baltimore Sun reported that Officer John Potter said that Donald F. Scott caught his attention after a curfew went into effect on May 1 because he was holding handcuffs and an ammunition box.

The officer then saw Scott opening a Fox News SUV and taking a Glock handgun from his waistband.

A probable cause statement indicated that officers detained Scott and confirmed that his Glock had one round in the chamber. Scott also had a second Cobra revolver in a holster on his waist, the statement said.

According to the officer's account, Scott insisted that he had a permit to carry the weapon, but he said that he left it at home. Records later showed, however, that Scott did not have a permit.

The state of Maryland argued in a bail filing that Scott "poses a serious threat to public safety." He was being held lieu of $350,000 bond, and has been assigned a public defender after being declared indigent by the state.

In a motion to have him released, Assistant Public Defender Anthony Strollo wrote that Scott was a former law enforcement officer.

"He comes from a family of law enforcement officers," Strollo noted. "We believe that he has no adult record and was in Baltimore to work security during the riots."