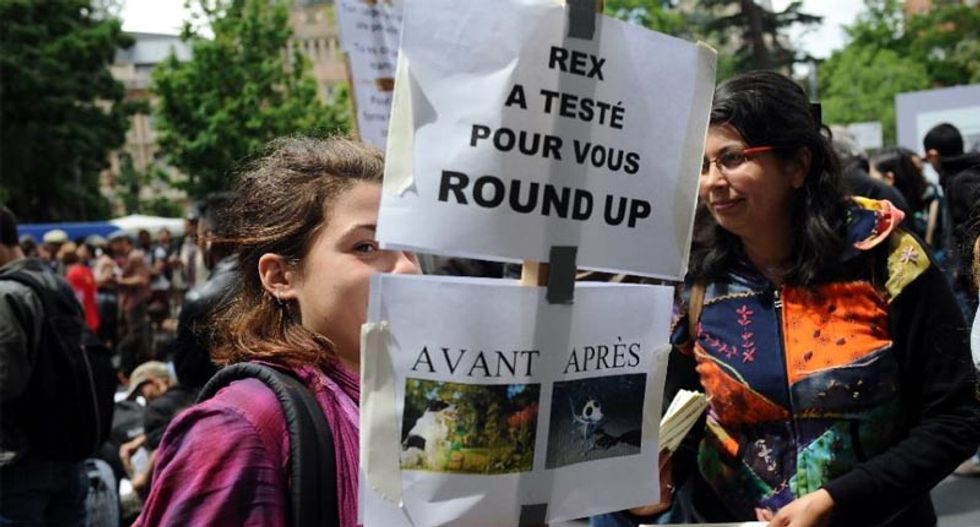 Protesters at a march against Monsanto in Toulouse on May 23, 2015 (AFP Photo/Remy Gabalda)

French Ecology Minister Segolene Royal announced Sunday a ban on the sale of popular weedkiller Roundup from garden centres, which the UN has warned may be carcinogenic.

The active ingredient in Roundup, glyphosate, was in March classified as "probably carcinogenic to humans" by the UN's International Agency for Research on Cancer (IARC).

The weedkiller -- used by amateur gardeners as well as farmers -- is the star product of American biotechnology giant Monsanto.

"France must be on the offensive with regards to the banning of pesticides," Royal said on French television.

"I have asked garden centres to stop putting Monsanto's Roundup on sale" in self-service aisles, she added.

Glyphosate -- introduced in the 1970s under the brand Roundup but now manufactured generically -- is the most-produced weedkiller in the world, according to the IARC.

The agency's evaluation of glyphosate saw "limited evidence" of a type of cancer called non-Hodgkin lymphoma, as seen in studies in the United States, Sweden and Canada conducted among farm workers since 2001.

Royal also announced last week that from January 2018 phytosanitary products -- used to control plant diseases -- would only be available to amateur gardeners "through an intermediary or a certified vendor".