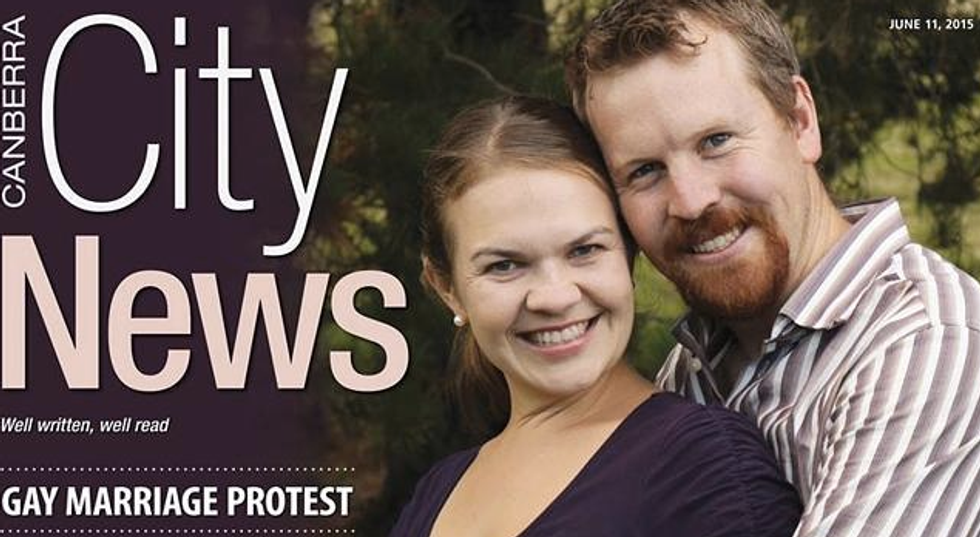 Calling it a "flippant, fit-of-pique publicity stunt," an Australian woman brutally disinvited a Christian couple from her own non-gay wedding, after they claimed they would get divorced if gays were allowed to wed.

Writing at NewsAU.com,  Annie Hagar wrote that she and her fiance have known for Nick Jensen and his wife Sarah for over ten years, attending their wedding although with different partners at the time. While she had previously invited the Christian couple to her upcoming wedding, his "publicity stunt" announcement caused her to change her mind, particularly when Jensen texted her fiance afterward asking him if they were still invited.

After wavering a bit, Hagar and her partner decided to teach their high school friend a lesson, with Hagar writing, "My fiance and I have decided the best thing to do is to make sure Nick understands how little he and his twisted world view matters. Couples all over the world of mixed race, mixed religion and now, at least in some countries, the same sex, enjoy a married life their forebears could not have dreamt would one day happen — and Nick and Sarah’s sham divorce will have zero impact on their lives. None."

As to the "sham divorce," Hagar delivered a devastating beat-down on Nick Jensen's "crappy googling" skills, pointing out that getting a divorce in Australia isn't as easy as jumping "back over their broomstick."

"Google ‘divorce in Australia’, and in three clicks you’ll know that to apply for divorce you have to prove that you have been separated for 12 months, and there is no reasonable likelihood of resuming married life. While you can live under the same roof and still be considered ‘separated’, you need to provide evidence that married life has broken down irreparably," she wrote. "Given that Nick and Sarah have as publicly as possible said they’re going to still refer to each other as ‘husband’ and ‘wife’, are going to try to have more children together and that for all intents and purposes, their lives will continue unchanged as a de facto couple, I’m pretty confident they have zero chance of getting a divorce."

Then Hagar dropped the hammer, writing, " I don’t want you anywhere near my wedding. You and your views are not welcome, because you’re right — the institution we’re marrying into isn’t the same one you think you’re in."