WATCH: Gay valedictorian gives the banned speech his principal outed him over -- and it's awesome 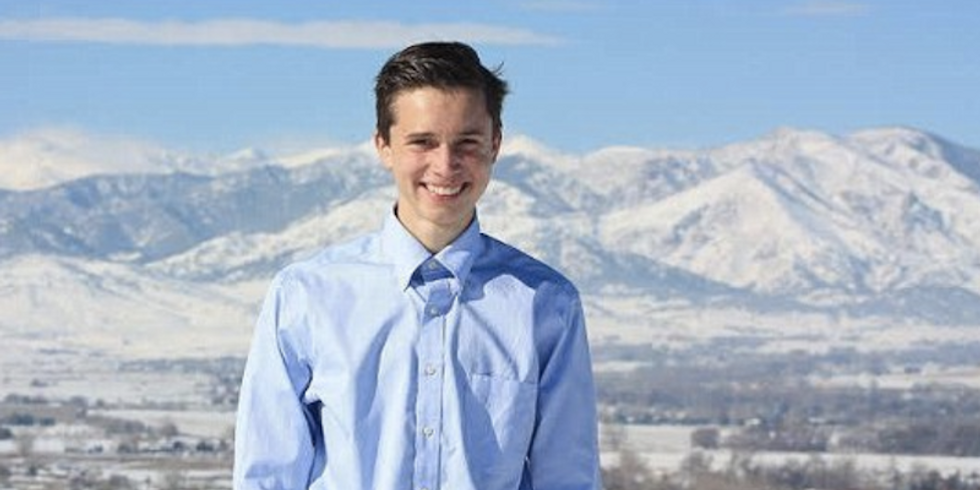 Like every other valedictorian, Evan Young was planning to deliver a speech at his high school graduation ceremony on May 16th. Young was going to announce that he was gay to talk about the importance of mutual respect and tolerance, but BJ Buchmann, the principal of Twin Peaks Charter Academy High School in Longmont, Colorado demanded he remove that part of the speech. When Young refused, Buchmann did what any great pedagogue would do under the circumstances: outed Young to his parents, banned him from addressing his class and refused to recognize him as valedictorian at its graduation ceremony.

But on Sunday Young was finally able to deliver his speech at an event organized by the LGBT advocacy organization Out Boulder. And he got to do it in a cape!

After announcing his "biggest secret of all: I’m gay," Young explained his reluctance to come out:

I understand this might be offensive to some people, but it’s who I am. And whether you’ve always suspected this, or this is a total shock to you, now you know. When I was writing this speech, I was endlessly debating with myself whether I should reveal this, on account of how divisive an issue this is and how homosexuals tend to be stereotyped, and I thought that, if I did, I should repeatedly apologize and beg you guys not to think any differently of me.

But then he had a change of heart:

But then I realized: I don’t have to. I shouldn’t have to. If there’s one thing I learned at this school, it’s that we can still be friends even if we profoundly disagree with each other. And sure: there’s only like 30 of us, so it’s not like we had much of a choice, but at times, it took a serious effort to put up with one another. We disagreed and argued about many things: about gun control, the minimum wage, politics, movies, books, math problems, who would speak at our graduation, and almost everything. But we learned to respect everyone else, no matter how wrong we thought they were, no matter how annoying they were, no matter how boring their speeches were, and no matter what weird snacks they brought to history class, from coffee creamer to coconuts.

You can watch Evan's parents describe the event below.