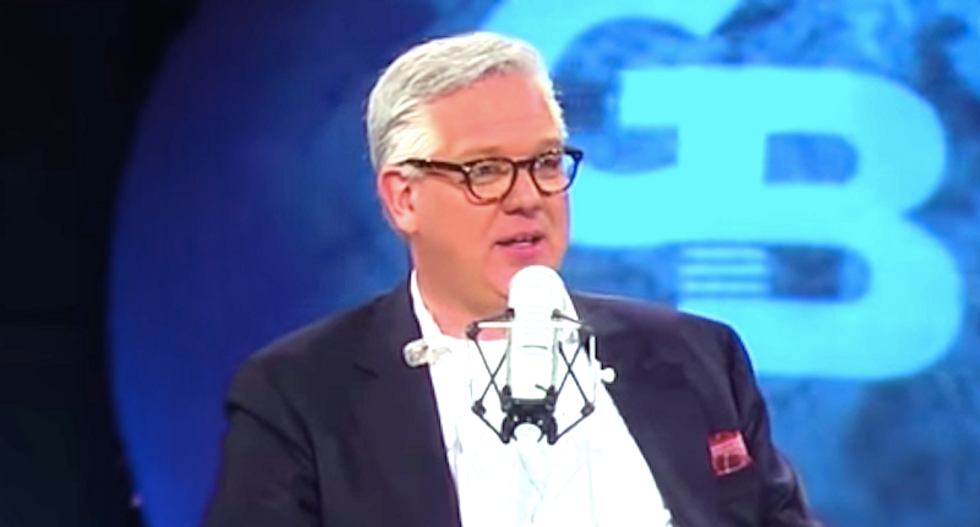 Glenn Beck says former Texas Gov. Rick Perry is responsible for flooding that has killed 27 people in the state – but he apparently thinks that’s a good thing.

“We started digging our way out of that drought about three years ago, but that’s definitely over,” Beck said, agreeing with co-host Stu Burguiere that climate change could not have caused both the drought and the floods.

He recently returned from vacation at his ranch in Idaho, where he said it had rained nearly every day after local residents took part in a fast for rain.

"Five weeks ago, they had a fast for rain because they were in a drought – and it started raining five weeks ago," Beck said.

Burguiere said that was an interesting observation, and he noted Perry had prayed for rain several years ago.

“Will he get blamed for the success of the rain and the flooding?” Burguiere asked.

Beck said the former governor, who is mulling another presidential run, should get credit for ending the drought.

"We started ending that drought with that fast, do you remember that?" Beck said. "He was mocked for it and he went ahead and did it and that was the beginning of the end of the drought. We started having rain right after that, and this state was a desert."