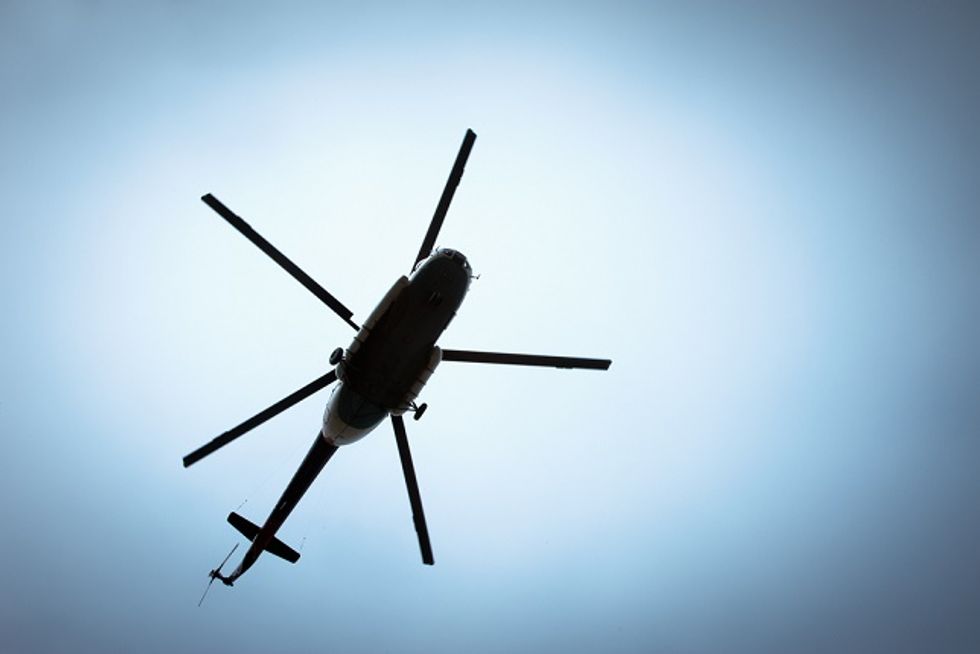 In an effort to prove that Pennsylvania schools are sufficiently funded, the Republican lawmaker chartered a helicopter and flew over three schools in affluent districts with local TV news reporter Dennis Owens, noting from the sky that the schools had tennis courts, so why worry?

"If you look at the sports fields and, they have tennis courts down there," Wagner said while flying over Central York district. "We spend a lot of money on schools."

Wagner's stunt was his volley in a budget battle over education funding currently underway. What he ignores is that while districts in wealthier communities are humming along just fine, schools in economically depressed communities are struggling, the York Daily Record points out in an editorial. The editorial reads,

The bulk of school funding comes from local property taxes, which are inherently regressive — and which allow richer districts (such as Central and Cumberland Valley) to spend more on students. Compounding the problem, the state formula for distributing the state's share of education money is badly outdated and in many cases is unfair to districts that lack the kind of tax base that allows them to raise revenue to operate.

Wagner flew over Cumberland Valley, Northeastern and Central York, which the Daily Record points out are districts in wealthier communities. WHTM reported Senator Wagner lives in Northeastern's boundaries, and he is someone who can apparently afford to rent out a helicopter.

"Senator Wagner should get out of the helicopter and actually go visit a school," Democratic Governor Tom Wolf's spokesman, Jeff Sheridan, told WHTM in response to Wagner's flyover.

WHTM reported that because Pennsylvania schools are overly-reliant on local versus state taxes for funding, wealthier districts have an unfair advantage. There is bipartisan agreement the education funding structure in Pennsylvania is problematic and while Democrat Wolf proposes increasing the state's funding share, Republican Senator Lloyd Smucker said he would consider cooperating on that.

"Governor Wolf wants to dump another billion dollars into the school district, and honestly if I had to vote on that today, my vote would be no," said Wagner from his perch in the sky.

The issue will come up on June 10 when a fair funding commission will make recommendations to improve the overall funding structure in the state budget, WHTM reports.