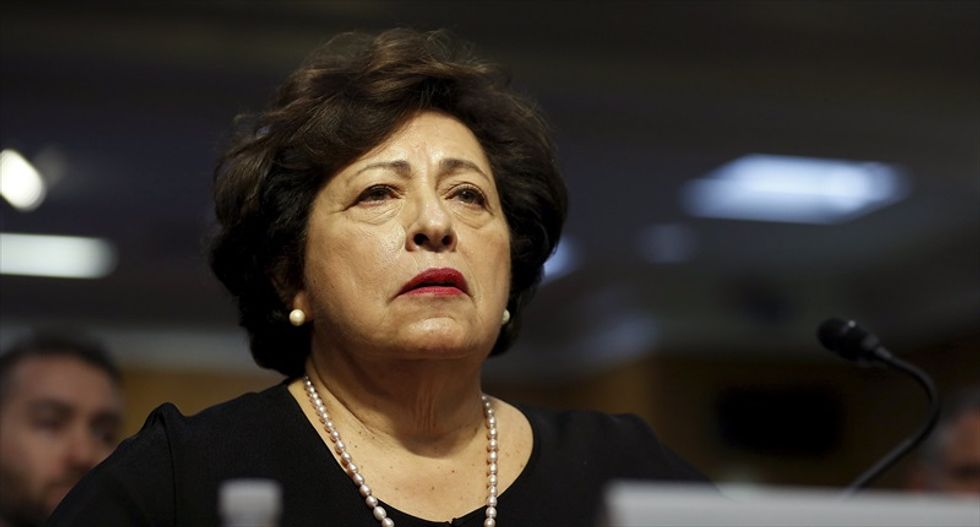 Eighteen Republican lawmakers sent a letter to President Barack Obama on Friday requesting the removal of two Office of Personnel Management (OPM) executives after a data breach that compromised the personal information of millions of Americans.

Led by House of Representatives Oversight and Government Reform Committee Chairman Jason Chaffetz, the group called for the dismissal of agency Director Katherine Archuleta and Chief Information Officer Donna Seymour for the failure to correct vulnerabilities to OPM's network despite warnings.

"We have lost confidence in Director Archuleta's ability to secure OPM's networks and protect the data of millions of Americans," the letter read.

In a separate letter, Maryland Democratic Representative Chris Van Hollen asked Archuleta for greater identity theft protection for everyone potentially affected by the breach, not just the 4.2 million who have been identified so far.

"Extending identity theft protection is an important step in the direction of helping affected people cope with the potentially dangerous consequences of this breach," he wrote.

Many members of Congress have sought Archuleta's resignation since it was announced early this month that hackers had broken into OPM computers, compromising the data of millions of current and former federal employees.

The letters follow at least three public hearings in Congress recently in which Archuleta has testified that millions were affected by two separate data hacks - more than the 4.2 million that have been identified so far.

The FBI has said up to 18 million could have been affected.