GRAPHIC VIDEO: Man in critical condition after being shot by LAPD officer was unarmed 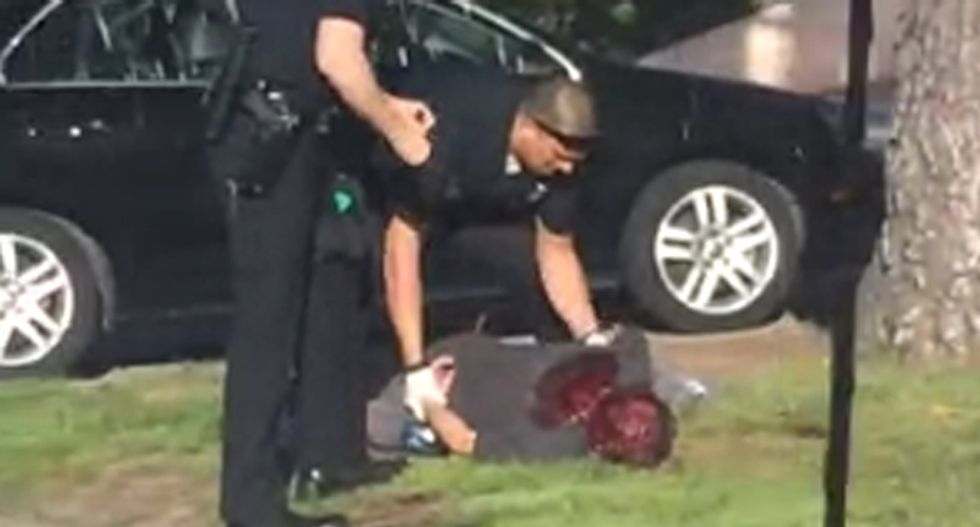 An unarmed LA man suffered a gruesome head wound Friday night after being shot by an LAPD officer who thought his towel-wrapped arm held a gun.

According to the LA Times, the unidentified man was shot near Griffith Park after he extended his arm, wrapped in the towel, towards the officers.

"This person extended an arm wrapped in a towel. The officer exited the vehicle and said, 'Drop the gun, drop the gun,'" LAPD Lt. John Jenal said.

Police officials say at least one officer opened fire on the man, wounding him, with a authorities rushing him afterwards to a nearby hospital in critical condition.

Police say no weapon was found near the man.

A bystander captured video of the two officers rolling the critically wounded man over on to his stomach so that they can handcuff him, exposing the head wound to the video device.

See the video below, uploaded to Twitter by Gordon Bombay. (Warning, the video is quite graphic)