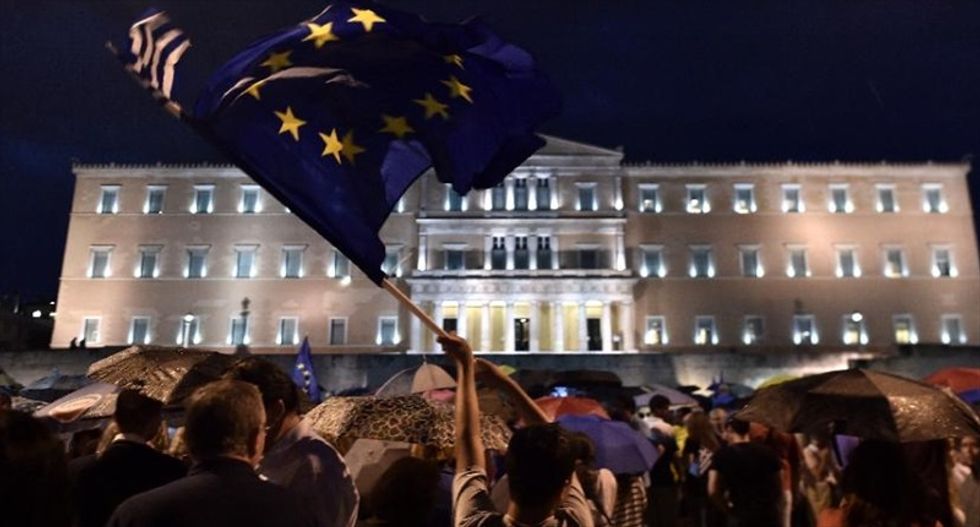 A pro-European Union protester waves an EU flag during a demonstration in front of the parliament in Athens on June 30, 2015. Photo by Aris Messinis for Agence France-Presse.

Greece has requested for a key payment to the International Monetary Fund to be postponed from its Tuesday deadline, as the country scrambles to stave off default and a possible messy exit from the eurozone.

"We have filed a request with the IMF asking it to take the initiative to delay the payment until November," deputy prime minister Ioannis Dragasakis said in an interview on ERT television.