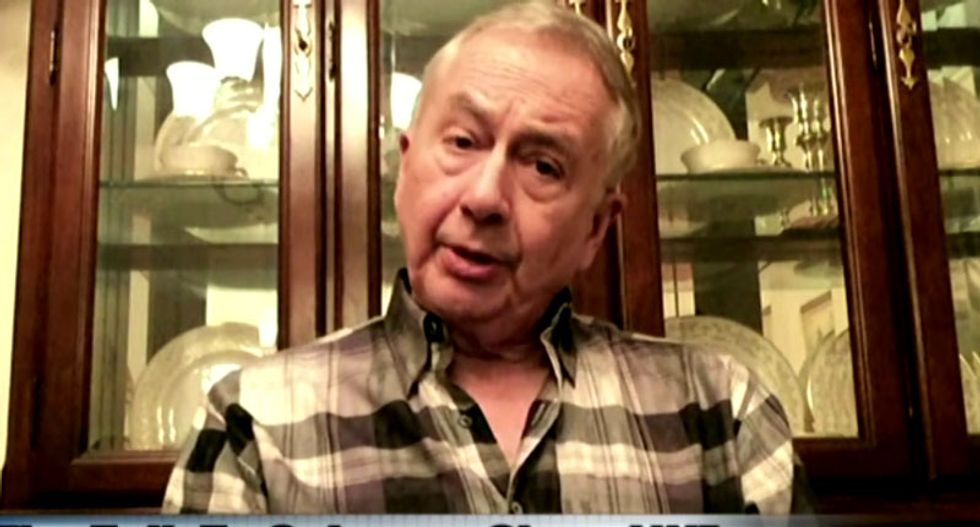 Gun lobbyist Larry Pratt has proposed a Second Amendment solution for lawmakers with whom he disagrees, and now he wants gun owners to train their sights on President Barack Obama.

“The Second Amendment was designed for people just like the president and his administration,” Pratt told right-wing radio host Roger Fredinburg.

Right Wing Watch reported that Pratt, executive director of Gun Owners of America, understood his apparent call for the assassination of the president might create a stir.

“If the New York Times and the Rolling Stone, and whoever else wants to have a hissy fit – yes, our guns are in our hands for people like those in our government right now that think they want to go tyrannical on us, we’ve got something for them,” Pratt said. “That’s what it’s all about.”

Pratt, who has also called for a Second Amendment solution to anti-gun pundit Piers Morgan, made the comments in April during a discussion about an attempt by Congress to ban armor-piercing bullets.

“The Second Amendment is not about hunting, it’s not about target shooting – it’s about Democrats who want to take our rights,” he said.

Despite his periodic calls to threaten elected officials with gun violence and ties to white supremacists, Pratt enjoys a position of influence in Republican politics.

Sen. Ted Cruz (R-TX) drew criticism for agreeing to take part in a conference call with Gun Owners of America last week, and the group plans to quiz other GOP candidates on their unwavering support of anything gun-related.